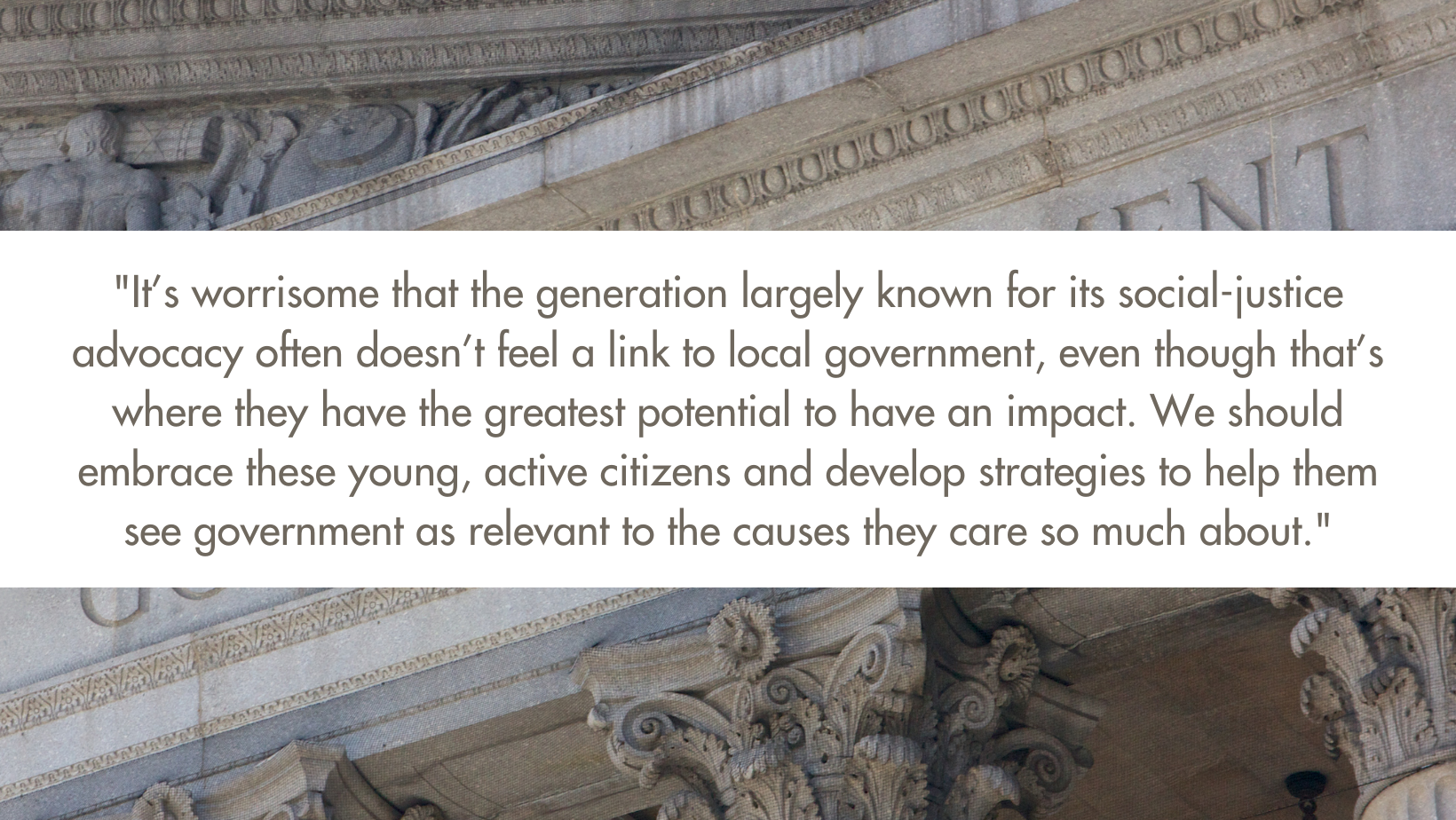 This article is reprinted with permission by author Mark Funkhouser. Connect with Mark on LinkedIn and Twitter!

In the 1990s, political scientist Robert Putnam documented a worrisome trend: Fewer Americans were members of groups that formed the very fabric of American life, such as unions, PTAs and even bowling leagues. As the bonds connecting us eroded, he argued, the foundations of democracy were under threat.

Today, we aren’t just bowling alone — we’re avoiding the bowling alley altogether, not to mention the office, schools and church. Fortunately, however, we’re experiencing something that didn’t exist when Putnam wrote his seminal work: the power of technology to help us connect, not only with our friends and neighbors and families but also with the governments we rely on in so many aspects of our lives.

Many governments are delivering, but local leaders must remember why they’re embracing high-tech communications tools in the first place.

I classify all forms of government engagement in one of two ways. “Vending-machine engagement” is transactional. It’s the citizen who uses a 311 app to report a pothole or uses an online form to contact a council member.

It’s a great service, but it’s the bare minimum we can deliver, and your average resident doesn’t consider the experience very engaging. But what we should be striving toward is the “barn-raising” style of engagement. It’s about forging a meaningful, long-term relationship between government and citizens, and leveraging government to help residents develop connections with each other. If Putnam’s right, the future of our communities depends on getting this right.

The past year has made it clear we all have an important role to play in promoting community engagement. Public-health officials warn us of the mental effects of loneliness and stress that many people are experiencing amid the COVID pandemic’s lockdowns and social distancing. Meanwhile, the summer’s racial justice protests have shown that there’s a tremendous need to improve the type of dialogue local governments and residents are having with each other.

The ELGL study found that only about half of citizens are satisfied with their access to local-government services. Generation Z, typically defined as young adults born after 1996, was the most dissatisfied age group surveyed.

In other words, local governments aren’t effectively connecting with young people through technology, despite the fact that that’s how they increasingly connect with each other.

It’s worrisome that the generation largely known for its social-justice advocacy often doesn’t feel a link to local government, even though that’s where they have the greatest potential to have an impact. We should embrace these young, active citizens and develop strategies to help them see government as relevant to the causes they care so much about.

Think honestly about the experience of young people in your community. Better yet: Ask them about it. Do they understand how local government can help them achieve their goals? If the answer is “no” or “I don’t know,” then it’s time to get to work.

And let’s remember that while technology is poised to be a part of the solution, it isn’t the solution itself. Technology provides us the tools we need to connect. It’s how we use those tools that will determine our success.

Have you seen a great example of a “barn-raising” engagement in your community? Send me a note about it, and we may include it in the next newsletter.

Thanks and stay in touch!
Mark
[email protected]