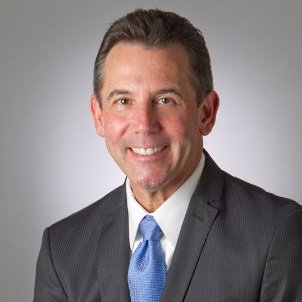 As part of the grueling ELGL initiation process, new members are asked to complete the our version of the Wonderlic test. It’s an open book test and participants aren’t faced with the challenge of using a dull number 2 pencil to fill in tiny circles.

Bob Bell (LinkedIn) is the Management/HR Consultant & Portland Area Manager for the Municipal Resource Group. Previously, Bob served as the city manager of Redwood City, CA for 10 years. He has an MPA from California State University-Northridge.
Complete the following sentences.
I feel…. lucky to have had such a great career in City government and to now be in a position to meet new people, learn new skills and new organizations in the Portland area. I love it here!
I joined ELGL because….. it seems like a great group of professionals who are committed to serving community and their own professional development. Honestly, I grew tired of previous generations telling new generations what they need to know to be successful and I think this group is more collaborative and takes a more organic approach to career development. I would love to be able to learn from the group and also contribute based on the needs of the individual members as well as the group as a whole.
If I was in a talent show I would perform….

…a juggling act. For two reasons 1) I taught myself to juggle when I was in college and worked at Togos. I would juggle the avocados when making the guacamole. I hope my old boss is not reading this, ok I owe you like $300 for damaged avocados. 2) I think working in complex organizations and in big jobs is like a juggling act and all the diverse challenges are like plates in the air so you better know how to juggle and enjoy it.
My life will be complete if….wow this one is tough let me think…..still thinking…. I had a boat. I just moved to Lake Oswego and I would love to get a boat by next summer. Nothing fancy.  I know that sounds materialistic but my career feels complete, my personal life, my new home. So, yep, I want a boat!
You should probably know that I…. love to have fun but I am no pushover. I always tried to create a fun atmosphere at work both when I was the HR Director and as a City Manager but that can give people the impression that you’re a push over or don’t take things seriously. When people got to know me and saw me make tough decisions in these very big roles I think they were sometimes surprised.
Do you agree/disagree with the following statement(s)……Explain….
My peer group views local government as a desirable profession.
No, I am a generation Xer and although I think people are shaped by so much more than their generational influences, I do think that for the most part my age cohort grew up watching Watergate and other scandals that turned the media against government as well as people. The ’70s were not a good era for government.
I plan on spending the rest of my career in local government.
Yes, but helping local government and professionals best I can being outside the actual system. I had a great career in government and I want to give back to it and continue to learn from all those still involved.
Potlucks are a good idea.
Yes, as a long as I don’t have to bring anything homemade as I am a terrible cook. I like eating though so anything that involves food I fully support. If folks like restaurants over potlucks I love that idea as well.
City staff should be required to live in the city in which they work.

No, what matters are their qualifications and commitment to the community and the organization. The only caveat to that is Queen Elizabeth. She should have to live at Buckingham Palace as the Brits pay a lot of money for it. However, that is outside our local government jurisdiction and even our country’s for that matter.
Local governments should have an employee dress code.
No, let people be adults and use their own judgment. Local government should have professional standards that include a description of respect in the workplace and maintaining an environment where people feel comfortable. If someone’s professional dress or lack thereof is an issue, supervisors and managers should be able to articulate why and work with staff. This may led to some risk and subjectivity but that is part of being a leader. You’re always dealing with risk and subjectivity to some degree. I would rather led that way then having rigid policies and rules that dictate all human behavior. That is like scientific management at its worst.

Redwood City: Bell to step down as city manager