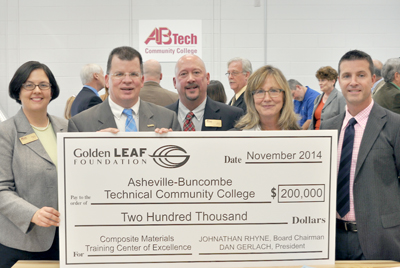 As part of the grueling ELGL initiation process, new members are asked to complete the our version of the Wonderlic test. It’s an open book test and participants aren’t faced with the challenge of using a dull number 2 pencil to fill in tiny circles.

Dan Gerlach (LinkedIn) is the president of the Golden LEAF Foundation in North Carolina. Previously, Dan served in the administration of Governor Mike Easley, as a senior policy advisor for fiscal affairs.

The Golden LEAF Foundation is a nonprofit organization established in 1999 to help transform North Carolina’s economy. The foundation receives one-half of North Carolina’s funds from the 1998 Master Settlement Agreement with cigarette manufacturers and places special emphasis on assisting, tobacco-dependent, economically-distressed and/or rural communities across the state. The foundation has awarded 689 grants worth more than $354 million since its inception.

Part I: Complete the following sentences.

I feel….excited, because eastern NC will have a big job announcement today.
I joined ELGL because…..Deborah Long Goldberg persistently pursued me to do so.
(Editor’s Note: Deborah, congratulations you win unlimited ELGL webinars as your referral prize.)
If I was in a talent show I would perform….

My life will be complete if….rural North Carolina economic performance improves.
You should probably know that I….taught a class that included founders and board members of ELGL.  They all passed.
Part II: Do you agree/disagree with the following statement(s)……Explain….
My peer group views local government as a desirable profession.
Agree.   They believe local governments are the most likely to overcome partisan divides.
Local governments should have an employee dress code.

Agree.   For some jobs.  If everyone used good judgement, then it would be fine.  Too many try to dress like my teenager.
I plan on spending the rest of my career in local government.
Disagree.  I’m 48.  I don’t work in local government.
Potlucks are a good idea.
Agree.  If my mom’s generation is involved.
City staff should be required to live in the city in which they work.
Disagree.   It rules out too much talent.