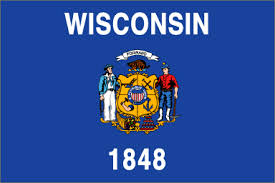 Our Take on Wisconsin

The 50 Nifty returns to America’s Dairyland to hear from Kevin Lahner, Burlington city administrator. Andy Pederson, Village of Bayside, Village Manager led us through our initial visit to the Badger State.

It’s appropriate that we visit with Kevin as his background in the Southwest and Midwest reflects the areas where ELGL is experiencing growth. Kevin began in Texas by attending the University of North Texas MPA program and then serving as the Keller (TX) assistant city manager. Following the  stint in Texas, Kevin migrated his professional career to the Midwest.

We must admit our knowledge of Wisconsin is limited to Scott Walker, Miller Lite, Paul Ryan, cheese, the Green Bay Packers, Summerfest, and the honey badger (although we aren’t completely sure that has anything to do with Wisconsin) so before we hear from Andy let’s educate ourselves on America’s  Dairyland.

Wisconsin is the 23rd state by total area and the 20th most populous. The state capital is Madison, and its largest city is Milwaukee, which is located on the western shore of Lake Michigan. The state comprises 72 counties.

The most common property tax assessed on Wisconsin residents is the real property tax, or their residential property tax. Wisconsin does not impose a property tax on vehicles, but does levy an annual registration fee. Property taxes are the most important tax revenue source for Wisconsin’s local governments, as well as major methods of funding school districts, vocational technical colleges, special purpose districts and tax incremental finance districts. Equalized values are based on the full market value of all taxable property in the state, except for agricultural land. In order to provide property tax relief for farmers, the value of agricultural land is determined by its value for agricultural uses, rather than for its possible development value. Equalized values are used to distribute state aid payments to counties, municipalities, and technical colleges. Assessments prepared by local assessors are used to distribute the property tax burden within individual municipalities.

The cities of Wisconsin have been active in increasing the availability of legislative information on the internet, thereby providing for greater government transparency. Currently three of the five most populous cities in Wisconsin provide their constituents with internet-based access of all public records directly from the cities’ databases. Wisconsin cities started to make this a priority after Milwaukee began doing so, on their page, in 2001. One such city, Madison, has been named the Number 1 digital city by the Center for Digital Government in consecutive years

Drinking has long been considered a significant part of Wisconsin culture, and the state ranks at or near the top of national measures of per-capita alcohol consumption, binge drinking, driving under the influence, and proportion of drinkers. Factors such as cultural identification with the state’s heritage of German immigration, the longstanding presence of major breweries in Milwaukee, and a cold climate are often associated with the prevalence of drinking in Wisconsin. The minimum legal age for recreational consumption of alcohol is 21 unless accompanied by a parent or guardian. Wisconsin is the only state that treats a first offense drunk driving (OWI) as a traffic violation and not a misdemeanor.

Rest assured Wisconsin has its share of interesting laws including,

LaCrosse: You cannot “worry a squirrel.

Milwaukie: If one is thought of as offensive looking, it is illegal for him to be in public during the day.

Racine: Missiles may not be shot at parade participants.

St. Croix: Women are not allowed to wear anything red in public.

Published Article: The Time for Transparency Is Now

Since 2008, Kevin has managed 100 employees and a $19 million budget for the City of Burlington, WI.

Kevin served more than 2 years as the assistant city manager in Keller, TX. In this role, he leading the economic development department, participating in executive level planning and development meetings, participating in all budget meetings, coordinating all city-generated communications, conducting public presentations and overseeing the administration and facilities departments.

His first local government job was the assistant to the city manager in Flower Mound, TX where he lead legislative outreach efforts, participate in executive level planning and development meetings, conductpublic presentations

Burlington (population 10,464) is located in Racine County and is nicknamed “Chocolate City, U.S.A.”, because of the Nestlé chocolate factory built there in 1966. It is also home to an annual ChocolateFest on Memorial Day weekend.

The Common Council is composed of eight aldermen, two in each of Burlington’s four districts.[20] In every year’s spring election, one alderman is elected from each district. Aldermen serve two-year terms.

Best piece of advice from your parents. “No matter what you do, work hard and do things the right way.”

In a dream world, which bands would headline your retirement party? The Black Keys, Slaid Cleaves

(Complete the sentence) Before I die I want to…….complete an ultra-marathon.

The Grapes of Wrath by John Steinbeck

A Good Life by Ben Bradlee

Describe the inside of your car. Consistently almost clean

What’s the meaning of life? Life on this earth is short. Make a positive impact while you can.

Several years ago, I “blew-off” a constituent who was extremely upset by the method we used to count patrons at our library. I thought the complaint was rather ridiculous. Eventually, the individual used this issue to rally against a library bond proposal and run for the City Council. The end result was political upheaval that eventually resulted in my boss and mentor resigning his City Manager position. The lesson – don’t ever blow off someone even if you think their concerns are minor or border on the ridiculous.

Yes! I don’t know how many times I have had to answered the question, so….”are you like the mayor?”

My favorite saying is: “ Just keep sayin’ it, sayin’ it and sayin’ it.” My staff gets tired of me repeating myself.

Maybe. They would have to be tough, especially in today’s vitriolic political environments. However, the rewards are often quite fulfilling and can create a lasting legacy.

Be real. Don’t overstate your accomplishments or gloss over your weaknesses.

Be nice to everyone involved with the interview.

(Complete the sentence) In 2018, local government will be …………in desperate need of bright young people to fill important management roles.

What do you do when you are not working? I am an avid runner and have completed 7 marathons. I am also an avid outdoorsman that loves to take my children out hunting, fishing, camping and hiking whenever possible.

Kevin Lahner settles in at his new home

On Campus with University of North Texas MPA Program