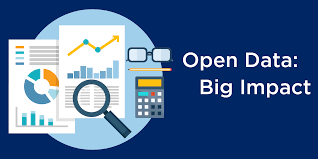 The first thing that comes to my mind when talking about the sharing economy is a principle of management called Joy’s law. Named after Bill Joy (co-founder of Sun Microsystems) the law states, “No matter who you are, most of the smartest people work for someone else.” The underlying sentiment of Joy’s law, that there is cumulatively more knowledge and talent outside an organization than in it, can readily be applied to governments when thinking about the sharing economy.

Companies like Uber, AirBnB, and Task Rabbit all use the abundant resources that exist outside their organizations through platforms that allow people to connect to one another. Governments can do the same. The trick for governments is to find ways to connect to and work with the smart people in their communities to help meet social goals. One way that governments have been doing this recently has been through something all governments have that many people want: data. Making data more open to the public can help governments leverage the principles of the sharing economy and use resources that exist in their communities to deliver better services for residents.

What is open data and why does it matter?

Open records and open meetings are now accepted as a given for almost all government bodies in the US, as the federal Freedom of Information Act (FOIA) and a variety of state laws require governments to provide public access to documents and records (with certain exceptions). However, open data is a relatively new phenomenon. Open Data takes the concept of open records and goes further, with governments proactively providing public access not just to documents but to raw government data.

More and more governments are creating portals to release data to the public and policies to govern the release of data. From huge federal agencies to small local governments, open data is becoming an engine for governments to drive innovation through engaging with smart people outside traditional government organizational hierarchies.

Open Data can be a powerful application of the principles of the sharing economy for two main reasons.

How open data looks changes depending on the context, but it is most commonly seen through central portals for accessing government data. A portal is often provided by a single government entity, but increasingly governments are banding together with each other, academic institutions, and nonprofits to provide data to the public together. The examples below show several different use cases for open government data that harness the power of the sharing economy and community resources.

Even these great examples only scratch the surface of the potential of open data to transform services for communities. More examples are popping up across the world every day. As open data grows in popularity and importance, governments will be better able to take advantage of the talent in their communities using the principles of the sharing economy to provide better services and do social good in their communities.

How can you get involved with open data?

While you just missed International Open Data Day 2016, fear not, as there are plenty of opportunities to engage with the Open Data movement. The items below are a few suggestions to grease the wheels of open data and the sharing economy in your community.

If you’re interested in learning more about open data, check out my organization’s website or email me to keep the conversation going!