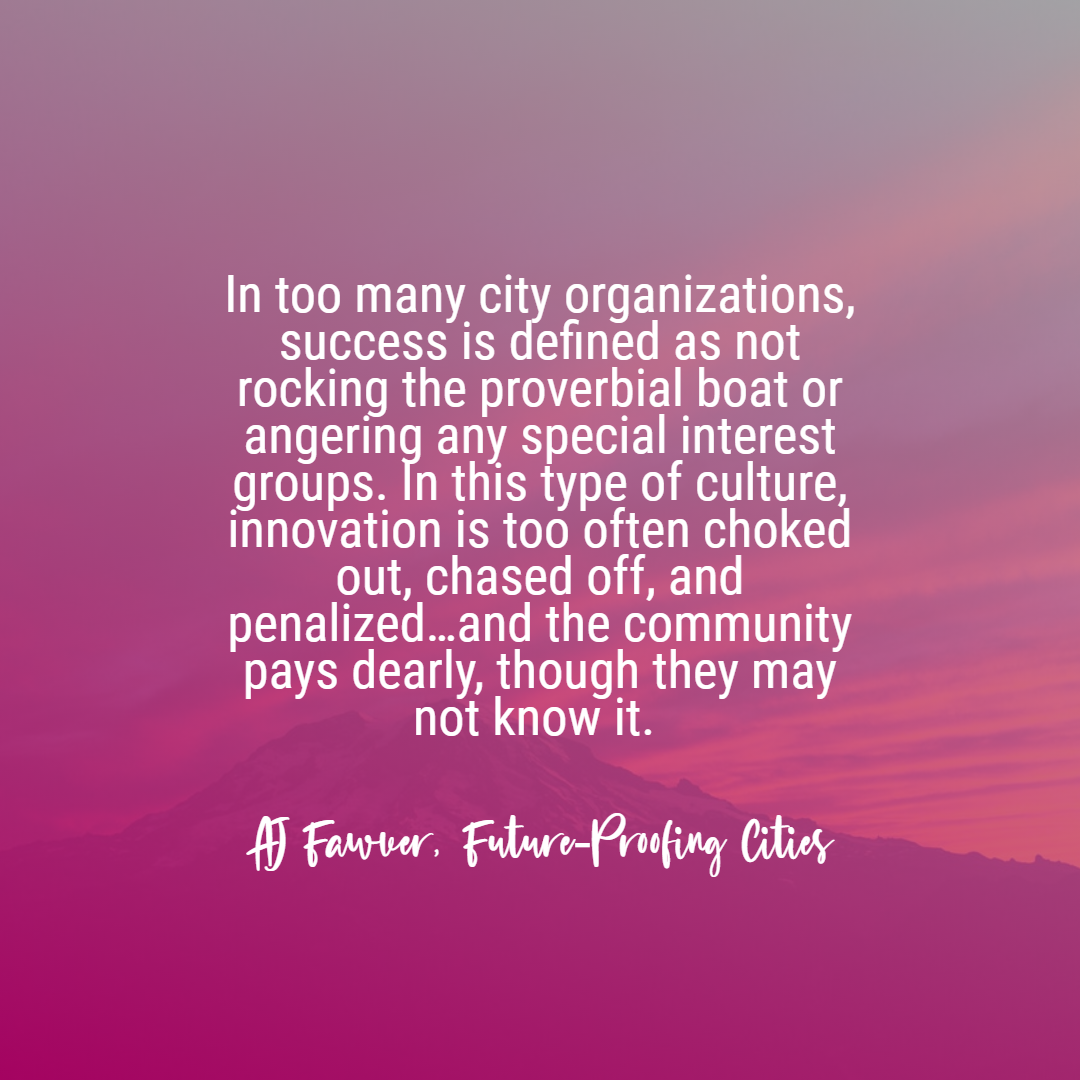 It is often said that getting things done is about less talking and more doing. I know I have been guilty of using that as a mantra on a regular basis. However, what if we adopted a new mantra? Something along the lines of “less doing and more being”?

Hear me out on this. I am by no means advocating that we do less. Instead, I urge you to think about it this way. A series of actions (the doing) can create some sort of progress, sure. What is it, though, that creates change and turns the status quo on its head? It is being that accomplishes that. Embodying a set of values and a commitment to asking the hard questions is what local leaders must do for the organization and community to get different results.

What else must they do, to “be” instead of simply “do” occasionally? They must nurture innovation and encourage questions. Too often, the problem is that city leaders are generally “punished” by pursuing something different. That punishment can come in the form of losing job security, as they report to a governing body. It can come with the fear of not having support from the staff. It can come in the form of being ousted from the “tribe” of others in city management who may not understand the journey.

If you think about in this way, is it any wonder that we aren’t seeing more innovation in cities that moves the needle towards future-proofing them effectively? Of course not. In too many city organizations, success is defined as not rocking the proverbial boat or angering any special interest groups. In this type of culture, innovation is too often choked out, chased off, and penalized…and the community pays dearly, though they may not know it.

A true shift in culture requires less doing. Less researching, less talking, less isolated actions, less meeting, less managing. It requires more being. Being an example, being accountable, being committed, being honest when it would be easier not to.

Here’s to less doing and more being.