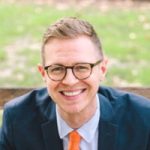 Why Sami Kamal is on the Traeger List: Sami deserves a place on this list for his bold and innovative vision for a healthy Philadelphia, his impressive track record, and his work on tackling some of the most pressing and deep health issues his community faces, like gun violence.   Working in public health includes not only providing important direct health services to communities, but tackling the foundations of what makes communities healthy or unhealthy. In his position as the Chief Operating Officer of the Philadelphia Health Department, this often involves working with other sectors and many branches of government. Sami is a self-described “convener and cajoler for distrustful or skeptical parties”. In his work on reducing gun violence in Philadelphia he was part of a rapid response team that was addressing gang violence and retaliatory shootings, impacting young men and women, mostly African American and Latinx residents. He worked with government leaders to broker conversations between gang leaders, facilitating meetings with government officials including the mayor. Bridging these groups and creating space for conversations and actions to prevent violence is vital to stopping current and reducing future violence. By understanding gun violence as a public health issue Sami and his team were able to provide evidenced based strategies, epidemiologic data and convene important partners.

Sami also believes in bold incrementalism. He developed a plan for increasing Medicaid revenue that once completed will be transformative for the Philadelphia Health Department, enabling them to take on new work on violence prevention, behavioral health services, asthma prevention and programming, maternal and child health interventions, equity-focused lead home remediations, safety net health care services, and more. This funding will also mean the city can open a new health center site for the first time in decades.   Sami leads his agency’s finance, budget, contract, grants, and state and federal policy technology functions which is no small feat. When he started as the Chief Operating Officer, he also invested in the people at his organization. He immediately instituted 360-degree reviews for all his senior leadership direct reports, established annual goals, required annual trainings and professional development plans, and directed teams to create high-potential plans to promote and retain high-value employees, with a focus on employees of color or others who are not as often promoted within the organization. While this is internally focused, Sami knew that high-quality people are the biggest determinant of his department’s success, and their ability to influence the public’s health in Philadelphia.

More kind words: In his work, Sami brings his identity as a son of an immigrant, a son of a Muslim, a gay man, and a person with working class roots to his work. He asks who benefit from his programs and invites young colleagues and women to the table because gender matters to him and has played out in harmful ways in his own life. He also wanted to be a bus driver when he was younger and practiced by riding around his neighborhood on his bike.

Why Lawrence is on the Traeger List: Lawrence leads Fort Collin’s award winning strategy and performance management program as well as the city’s budgeting efforts. He has worked with the city since 2006. Always on the cutting-edge, Fort Collins does an industry leading job of tying budget requests to their strategic plan and performance measures, which is very advanced. Fort Collins has had a ten year journey in performance management, which has led to them winning Baldrige Award distinction. Lawrence is always willing to explain Fort Collin’s journey and he does so in a very honest manner focusing on learning opportunities the city had to address along the way. He does not sugarcoat anything, which helps him to connect with other local governments so they can be as efficient as possible setting up their own programs. Despite his busy schedule, Lawrence always makes himself available to others to network and learn, and he’s always looking for ways to improve an already high-acheiving city with the citizen’s needs top-of-mind.

More kind words: Beyond Lawrence’s role at Fort Collins, he is involved with TLG and many other professional organizations. 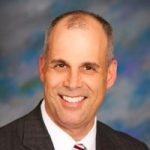 Why Mark is on the Traeger List:  People look at Mark and think, “I am glad that guy is running my town.” He leads with compassion and empathy. He is realistic and not afraid to make hard choices. Mark is ethical and nice – because of this he can deliver hard news and still be cultivating allies. He engages our residents in every project. There is no voice too marginal to be heard. Mark is respected by his peers. He has served on the boards of the Center for Local Government, Ohio City / County Management Association, Ohio Public Employer Labor Relations Association, and is the president of the Cincinnati Area Managers Association. He is the consummate “pro” in local government management and he pays it forward. Mark is routinely called by up-and-comers for advice over coffee, he is an active volunteer through the local Rotary Club, and he goes about his life doing good things that you will never hear about.

Special Assistant to the Mayor, City of Syracuse

Why Evan is on the Traeger List: If you want to get something accomplished, Evan should be on your team.  He has somehow figured out a way to navigate through bureaucratic systems and reduce obstacles.  He is a natural at building relationships, and has created a sense of comradery wherever he goes. There have been times, when Evan hasn’t even had a title within the City of Syracuse because everything that he does is so cross-cutting that he can’t be tied to a specific role.  Evan has been part of centralizing the financial operations, implementing Syracuse Surge, improving the permitting process, creating a sidewalk snow clearing program, and more 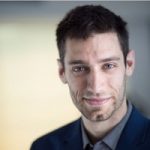 Why Julian is on the Traeger List: Julian is smart and motivated. He is focused on empowering communities of color in Rhode Island to prevent the health harms that come from asthma and exposures to a polluted environment. He is pursuing an MPH at the Johns Hopkins Bloomberg School of Public Health and leads the state’s asthma program in Rhode Island (where Rhode Island functions as the local health department). His attention to focusing on communities of color and empowering them to have their voices heard is insipiring. 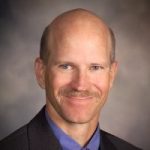 Why Chris is on the Traeger List: Chris joined Johnson County almost five years ago and currently serves as the County’s Health Information Manager. Chris is a proven technology leader with extensive experience in a broad range of executive and technical disciplines. Chris has successfully merged strategic management and technology at the County. 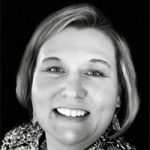 Why Rebecca is on the Traeger List: Rebecca is the unsung hero of our community’s transformation. Her leadership has taken us from a struggling former-industrial town to a destination, 21st century community. Rebecca led the initiative to develop the City’s Five Year Strategic Plan, which was adopted in 2017 and has mapped the course of municipal action for almost two years and will continue to guide us in the next three. This plan provides much-needed focus for City operations and has challenged City leaders and departments to cross-collaborate and thoughtfully direct resources in order to support the goals defined in the plan. Rebecca has also led the implementation of continuous improvement practices and Lean Six Sigma training throughout the organization. These opportunities not only generate new ways to improve operations and efficiencies, but Rebecca’s insistence that all staff, regardless of tenure or place in hierarchy, have access to training on these initiatives has provided previously unavailable professional development and growth opportunities to employees throughout the organization. Rebecca tirelessly looks forward and is able to push her team beyond “the way we’ve always done it” to motivate City staff to find creative, 21st century ways of delivering city services. These efforts are paying off, as perception of the community changes for the better.

More kind words: Rebecca has transformed not only our community, but our organization, as she has placed a focus on developing a positive work culture and rewarding employees for high-level performance. Too often, change makers are forced to become blame-takers when those resistant to change feel uncomfortable. Rebecca has done so with exceptional grace and has forged ahead through what has been a tumultuous few years of rapid change and transition in our community. She has stayed focused on the long-term goals set by our Strategic Plan and leadership, and continues to reshape our culture and community into one that thrives. She never asks for recognition for the overwhelming amount of work and devotion she has invested in West Allis – this award would be a wonderful way to acknowledge the crucial role she has played in our evolution. 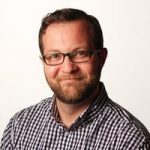 Why Patrick is on the Traeger List: The Public Information Officer for the City of Corvallis is no easy task. Patrick is the voice for our City and effectively communicates all of the work our Employees and Elected Officials are doing. He also brings a sense of humor to normally mundane city activities and is always willing to help each department effectively communicate to the public on their activities. We are lucky to have Patrick is our PIO! 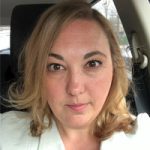 Why Melissa is on the Traeger List: Mel goes above and beyond every day to bring about positive change for the many communities of Jersey City.  She demonstrates a passion for improving life here that we wish every municipal employee had, and she helps push forward some very complex yet impactful projects and initiatives.  She is laser focused on doing the right thing and solving problems in unique and innovative ways. 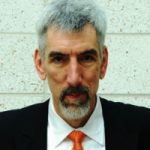 Why Mark is on the Traeger List: Mark Funkhouser has a deep love of local government.  His time at Governing Magazine has made many of us better managers through his thoughtful articles.

More kind words: He should totally be on this list!