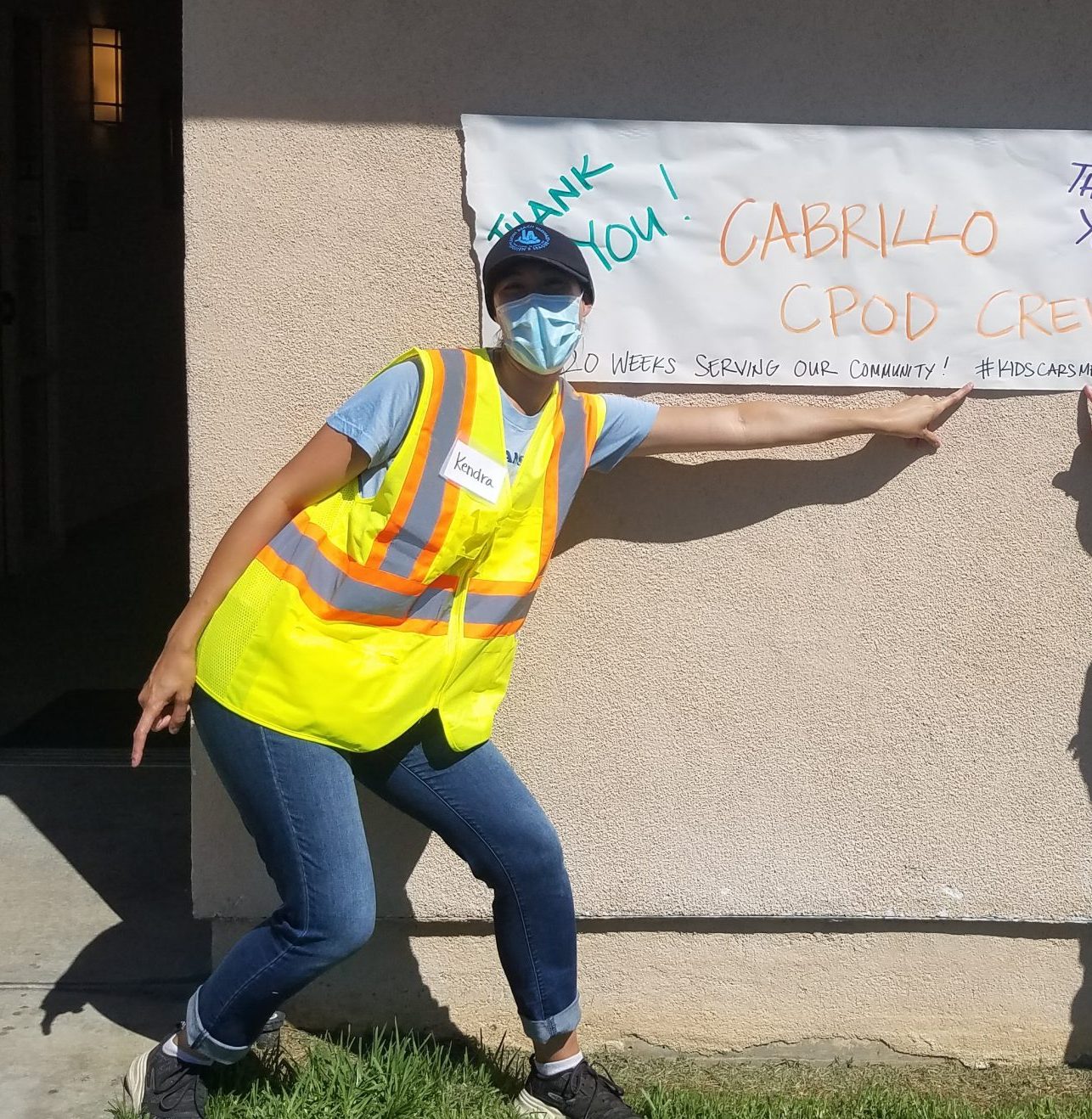 Today’s Morning Buzz is brought to you by Kendra Davis, Management Analyst with Arapahoe County, CO. Find her on Twitter @KendraHwa and on IG (but only if you like occasional stories about outfits and dogs!) Additionally, if you live in Colorado and would like a new local government friend, drop me a line! I am in the market for new friends now that we’re all moved.

What I’m Listening To: A review of Denver radio as we rebuild our car preset stations. Our car is too old to have bluetooth, so the presets are clutch!

What I’m Watching: Like many Morning Buzzers, Only Murders in the Building (though we don’t have internet or furniture yet, so currently not watching much of anything)

What I’m Reading: Everything written by Rivers Solomon (The Deep, An Unkindness of Ghosts, Sorrowland). I cannot recommend Solomon enough – their writing is a little weird but very poetic and lyrical. Plus, they build on concepts from black history and culture in a way that emphasizes the factual while creating a new world of possibility.

Greetings from beautiful autumnal Colorado! In the last week, I have driven almost 20 hours across the country with my partner, dog and three living plant babies to our new home in Colorado. It’s been a real whirlwind of goodbyes and new beginnings that is still ongoing. We have a home to live in, but the pod with all our worldly belongings won’t arrive until the weekend, so we’re camping out in an empty house. The plants and dog don’t care, but my partner and I are fraying a little bit. Thankfully, we moved here because it puts us closer to more family, meaning we have multiple people who will lend us bowls, blankets and chairs.

Since we moved, I’m starting a new job again (and trying to make more friends – anyone reading this in the Denver area, please reach out!). Navigating both the interview process and my first couple of days at work, I’ve had some time to think about how we in local government view enthusiasm as an asset or a handicap.

I am an Enthusiastic Person (™) and usually feel like it’s one of my greatest strengths. In her article last year, “What She Lacks in Skill, She Makes Up in Enthusiasm,” Kirsten quoted an excerpt from a newsletter that said the following:

WORKPLACE OPTIMISM FTW: It’s not magic, it’s the Pygmalion Effect. It was coined by psychologists Robert Rosenthal and Lenore Jacobson, whose research found that elementary-school students (regardless of starting IQ) performed better whenever their teachers expected them to do better. This pattern holds well into adulthood. But why?

Long story short: our beliefs about people affect how we treat them, which then affects their beliefs, which finally affects their performance. That motivational speech you gave to your team doesn’t just make you a great leader (and all-around awesome human), it just might have a bottom-line impact.

The idea was that starting a conversation with enthusiasm and belief in success will infect others with your confident zeal – Kirsten goes on to say that’s how she tricks ELGL volunteers into being excited about the work ahead!

In previous jobs, my enthusiasm has always been linked to my youth (I’m currently 36) and often disregarded as superfluous. When I worked for a nonprofit, a board member actually said she was glad to have such an excited young woman on the team so I could coerce the grumpy old men they’d been working with to donate more. So great to be appreciated for my skill set!

But as I continued working in different organizations and recognized that enthusiasm is not the default response to new or different things (shocking, I know), I realized how special it is, even if we don’t always call it out specifically. Part of what drew me to ELGL was the unbridled, unapologetic enthusiasm they had for local government and the people who do the work. If you’re reading this, you probably feel the same way! Other organizations focused solely on networking and getting ahead – ELGL acknowledged that there is joy in the work we’re doing and it’s cool to be excited about it.

When I was interviewing for new positions, I struggled with how to quantify my enthusiasm as something marketable, especially knowing that not everyone sees it that way. After making vague references to it during the oral interviews, I finally started flat out listing it as one of my strengths and incorporating it into my stories. I talked about using that optimism and excitement as a tool during challenging projects or when making unwelcome changes. Some examples ended positively, while others were an illustration of when good enthusiasm goes bad. That kind of passion can easily overwhelm or alienate others, like drinking from a firehose!

Greeting new challenges and opportunities with enthusiasm isn’t easy, and neither is appreciating it for the skill it is. The easiest thing to do is keep doing the same thing, even when that thing is 100x harder! When I find enthusiastic people around, I try to support their passion and commitment. They probably have plenty of people in their lives telling them to slow down and be more realistic, so I try to be the “yes, and…” voice in the room. I’m also learning to celebrate my own zesty nature more because it is not something everyone brings to the table and has a lot of power!

Noam Chomsky said, “Optimism is a strategy for making a better future. Because unless you believe that the future can be better, you are unlikely to step up and take responsibility for making it so.” Though he was talking about optimism, I think the same could be said for enthusiasm. We are enthusiastic because we believe that something better is possible, and we get to be part of building it!