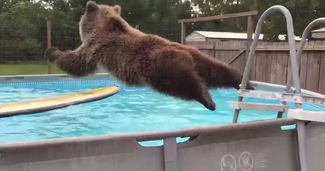 Each month, a guest columnist will share a story about a failure–and the lessons learned. This month, Hannah Lebovits,  PhD student in Public Administration at Cleveland State University,  shares her experience with what she calls the “Government God Complex”. Are you interested in sharing your story as part of this new series? Sign up here to blog.

“I’m From the Government and I’m Here to Help”

If you clicked on this article because you thought you were going to read a story about a really significant local government effort, you’re only half right. This piece is not about the success or failure of a social media campaign, local budgeting initiative, or civic engagement project. But hold on tight because it’s time we talk about a different kind of local government flop.

My first local government position included a lot of contact with residents–managing Health and Human Services cases and meeting with residents to discuss their concerns. Local government is the level of government with the greatest number of direct responsibilities and the fewest public dollars, so our work is very meaningful, and often exists in a state of austerity. But instead of focusing on the restraints, this young, passionate government employee decided to focus on all of the good that government can do. Specifically, all of the good that only I could do by being the absolute best at my job. Obviously, the only way to do this was to take every case, deal with every issue, show up to every meeting, and introduce myself to every local leader I could find. 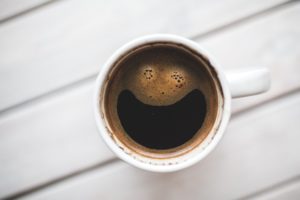 A few months in, a friend and I met up for coffee. We hadn’t seen each other in some time and I was really excited to tell her about my position and the work that I was doing. I shared a few examples of my achievements and talked about my plans for the future. When I finished speaking, she smiled and said, “That’s super awesome, I’m really happy it’s working out for you. I feel like people don’t go into government work to make themselves feel good though, lol.” (She actually said “lol,” it was 2012, don’t judge.) 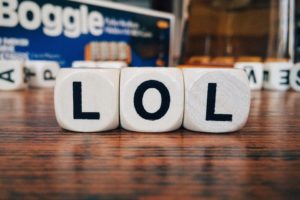 I doubt my friend remembers her comment. But I do. Because, to me, it represents one of the most fundamental failures we super passionate govvies can succumb to: the Government God Complex. No position is immune, regardless of our level of direct interaction with people or issues. We’re all super excited that we get to promote efficiency, effectiveness, and equity in local government, but its really not about us, as individuals. Rhonda, the City Planner, isn’t going to save The City. Joe, the Service Director, isn’t going to solve a public health crisis. Laura in Human Resources isn’t going to single-handedly equip every employee with all of the tools they need to do every job. The Budgeting Director, Code Inspector, Communications Specialist– none of them will be THE REASON that The City succeeds. If we’re good at our jobs, we’ll help make The City a valuable place to live, work, and thrive. And if we’re really excellent at our jobs, we’ll be valuable tools to help residents create the best communities. But if we’re here to give ourselves something to feel good about, we’re failing.

Cities aren’t managed, led, or governed by individuals. They are co-produced by lots of people that move incrementally towards constantly moving goals.

It’s a flop–a bug in the system–but not something that can’t be mended. One of the benefits of organizations like ELGL is that they can humble us. Highlighting collective efforts, sharing civic co-production ideas and discussing ways to increase transparency, accountability, and diversity are all steps in the right direction.

Now’s your chance to #FailShare with no judgment. Sign up for the Fantastic Flop Fridays blog.