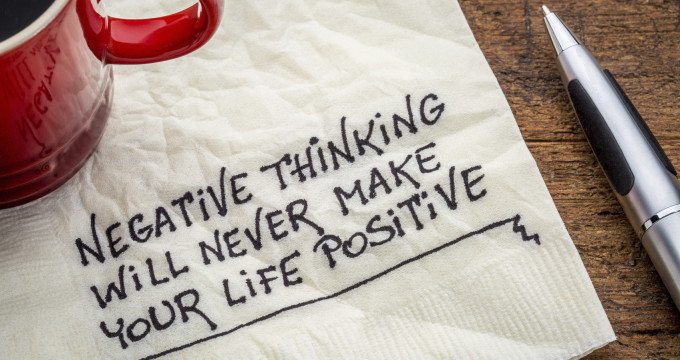 What I’m watching:  I’m watching my favorite childhood cartoons and having a good laugh with my wife as she makes fun of me for singing along with the characters, specifically Ariel the Little Mermaid. GO ON AN… kiss de girllllll…

What I’m listening to: I’ve finally downloaded the Gypsy Kings.

Fight The Negative Or You’ll Become It

Negative Nancy. Debbie Downer. Have you heard of these two names? These types of people are plaguing media outlets with continuous, hateful dialogue, highlighting the dark side of any topic. It’s tragic. Have you become a victim of this or have you inadvertently become one of them?

Bringing a holistic view to a problem for any job creates dialogue; it’s what an operations manager does. Media outlets deploy this engagement and social media brings it to us instantly. We have an immediate all-inclusive view of a topic before we digest the topic itself. Having a collaborative approach is needed to manage operations, to exploit the avenues present, and to search for side streets of opportunity. However, bringing the downside or negative perspectives to light can – if those negative perspectives are not delivered appropriately – begin to be viewed as a constant negative dialogue. It’s apparent in media.

I experienced this in another organization Inadvertently, the all-inclusive approach introduced during our planning meetings, forge an unfitting perspective of how our operations were led. I, unfortunately, became that person in the organization viewed as the Negative Nancy and Debbie Downer.

“Why bother bringing up ideas when Smith will find something negative?”

“I don’t feel like my supervisor supports my development because he always has something negative to say.”

These are just a few of the phrases that I heard. This pit we fell into was not intended. Our intentions, regardless of there thoughtfulness, became the crutch that slowed our progress. The issues weren’t received well and progress stalled. Ideas stopped being talked about openly. Development slowed down. Communication fell behind. People began questioning their own motives. People began to feel depressed because they believed their ideas weren’t valued.

This issue was repaired due to a few reasons.

All we needed was to work on the issues together, with candid collaboration, and cut out the opportunity for a false perception.

Has this happened in your organization? It’s happening in social media. After viewing many media articles, social media posts, and news outlets, should we question; have we inadvertently become the source of negativity? Have people began to believe so much negativity, they’ve become stressed and depressed?

I’m not suggesting we need to repair social media, but we should ask each other if we’re okay? BEFORE we need to be repaired! I read an article today from Thea Neal titled Should you ask your social media manager if they’re okay? And was blown away by some of her input.

“Researchers at the University of Pittsburgh recently studied adults aged 18-30 and found that a direct relation to increased depression and negative social media experiences. For every 10% increase in reported negative experiences on social media, there was a 20% leap in the person’s odds of reporting depressive symptoms. Another study by the Royal Society of Public Health revealed that 70% of young people think social media should come with a pop-up disclaimer that it could negatively affect your mental health.”

This paragraph sparked my desire to write this today. I’ll leave with her bottom line…

“Please, ask your social media manager if they’re okay. Give them the resources to succeed. Tell them you appreciate them and send them funny memes. Trust me, it can only help.”

I plead to you to check on your people. Negativity brings out the depression in all of us.