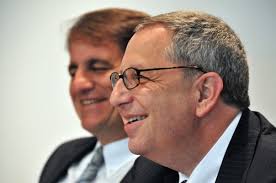 Our Take on Florida

The 50 Nifty has landed in Florida (or better known by the younger generation as Flo Rida).  Many of us have traveled to Florida for either college spring break, the Dayton 500, or a trip to Disney World with the kiddos.  Home of the “hangin’ chad”, Ricky Martin, the college football national champions, and a quickly expanding population of  Burmese pythons, you can also find St. Augustine the oldest city in the United States

Florida has 67 counties. Some reference materials may show only 66 because Duval County is consolidated with the City of Jacksonville. There are 379 cities in Florida (out of 411) that report regularly to the Florida Department of Revenue, but there are other incorporated municipalities that do not. The state government’s primary source of revenue is sales tax. Florida does not impose a personal income tax. The primary revenue source for cities and counties is property tax.

Illinois and New York often come to mind for corruption cases but Florida has held its own with 800 federal corruption convictions from 1988 to 2007, more than any other state.

Since the arrival of the NASA Merritt Island launch sites on Cape Canaveral (most notably Kennedy Space Center) in 1962, Florida has developed a sizable aerospace industry.

Now that you’ve had a quick primer on everything Florida, let’s check some of the interesting laws in the state.

Miami: You cannot use a whistle on a bicycle

Miami Beach: Skateboarding is not allowed at any police station

Satellite Beach: Persons may not appear in public clothed in liquid latex.

Seaside: All houses much have white picket fences and full-width, two-story porches.

Tampa: It is illegal to eat cottage cheese on Sunday after 6:00 P.M.

Awards: City Manager of the Year – 2006 – Florida League of Cities

Prior to his appointment as Fort Lauderdale City Manager, Mr. Feldman was employed by the City of Palm Bay, Florida, where he served as City Manager from October 2002 through June 2011.

His numerous professional affiliations include serving as chair of the ICMA Sustainable Communities Advisory Committee, as a member of the United States Federal Emergency Management Agency National Advisory Council, and a member of the National League of Cities Steering Committee on Public Safety and Crime Prevention and Advocacy. Mr. Feldman is a past chair of the National League of Cities’ City Futures Panel on Public Finance, a past chair of the International City and County Management Association’s (ICMA) Governmental Affairs and Policy Committee, as well as a member of the Association’s Task Force on Community Tools for Ending Racism.

Mr. Feldman teaches newly elected municipal officials the principles of finance and taxation in Florida and is frequently called upon to speak to professional groups on a variety of municipal issues.

Fort Lauderdale is named after a series of forts built by the United States during the Second Seminole War. The forts took their name from Major William Lauderdale, who was the commander of the detachment of soldiers who built the first fort.

Fort Lauderdale has a Commission-Manager form of government. City policy is set by a city commission of five elected members: themayor and four district commission members. In 1998, the municipal code was amended to limit the mayoral term. The mayor of Fort Lauderdale now serves a three-year term and cannot serve more than three consecutive terms. The current mayor is John P. “Jack” Seiler. He succeeds the longest serving mayor, Jim Naugle, 1991-2009. Administrative functions are performed by a city manager, who is appointed by the city commission. Fort Lauderdale Fire-Rescue Department provides Fire and Emergency Medical Services.

Best piece of advice from your parents. Never stop trying.

In a dream world, which bands would headline your retirement party? Only one – Bruce Springsteen and the E Street Band
(Complete the sentence) Before I die I want to…….live.
Three most influential books in your life.

Describe the inside of your car. Clutter free.  One jacket on the backseat.  Needs a dusting.

What’s the meaning of life? To make a difference in someone else’s life.

Give us three bullet points that best describe local government in Florida.

My dream job as a 12 year-old was to become a lawyer.  Although, I recently spoke to the mother of one of my childhood friends and she remembers me saying I wanted to be a City Manager.

When I arrived at college, it seemed everyone else wanted to be a lawyer.  I decided I wanted to do something different.  My uncle was a former City Manager and I thought it seemed like a good fit for me.

Hopefully they are yet to come.

Probably my biggest career mistake was relying on information from a department head that was nothing more than hearsay.  I went public with it; found out it was false; needed to make an apology.  Lesson learned: Trust, but verify.

I often need explain that the City Manager is the CEO of a municipal corporation with the various department heads being equivalent to the vice presidents for their respective disciplines.  That analysis often brings clarity.  Also, after working in this field for 28 years, I have a well-developed respect for planners and mayors and have no qualms with being lumped together with them.

If I knew the answer to that….

We need to understand that we do a really poor job of translating the value of local government to our neighbors.  We have a good story, we just need to learn how to tell it.

In fact, my eldest daughter is now completing her MPA.

You would need to show me that you:

(Complete the sentence) In 2018, local government will be …………more important in our lives than ever before.