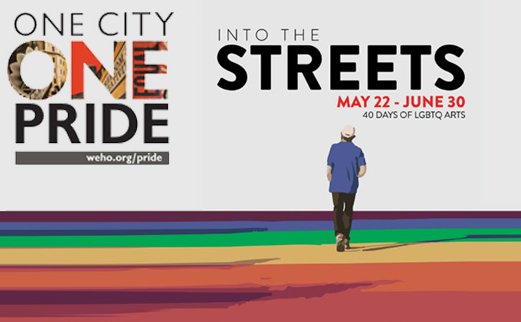 Though they come from very different communities, Brett White of West Hollywood, CA, Anthony Wilson of San Angelo, TX and Jen Snyder of Queen Creek, AZ definitely have one thing in common – they’re taking their local government social media presence to the next level. Last month, I sat down and talked to Brett, Anthony and Jen at an open-to-all webinar to get their take on building and growing an effective social media presence. Their perspective and advice are extremely useful guides to those in local government looking to do more with their social outreach.

Finding What Works for Your Community

Though most local government agencies have some level of social media presence, many struggle to build followers and engagement. Where should you focus your efforts to get maximum impact? As our panel discussed, there isn’t a one size fits all answer to that question.

Each panelist recommended doing some research to discover which platform is the best way to reach your residents. In Queen Creek, Jen surveyed the community and discovered that Facebook was the top channel for its residents. Anthony discovered the same in San Angelo. In contrast, Twitter proved to be West Hollywood’s best touch point to connect with their young, tech-savvy populace. The answer for your community may be different, too, so be willing to experiment and see what channel should be your primary focus for outreach.

Getting the Word Out

But, even with this kind of promotion, getting the public to pay attention to less-than-flashy government messages can be a challenge. How do you capture your audience’s attention for an important announcement about zoning changes or recycling policies? The panel recommended getting creative with even the most mundane messages. Queen Creek involves its community’s “local celebrities” to produce public service announcement videos. For example, the city’s cheerleading team created a catchy cheer about the local census, and local preschoolers shared information about trash collection. You can check out a number of awesome examples on our blog.

Many local government officials fear opening themselves up to trolls and negative commenters. While it’s true that there will always be complainers, if handled well, social media can actually provide an effective outlet to address concerns. In San Angelo’s case, it’s common that when a negative comment is posted, other users in the community will often jump in to correct misinformation or defend the city. If conflicts escalate, Brett recommends taking contentious conversations offline by providing a phone number or email. Overall, have a plan to address negativity, but don’t let it deter you from engaging.

Social media platforms change and new features come out constantly, so deciding what new tools to leverage, how and when can be a challenge for resource-strapped local government agencies. Be willing to put your toe in the water, experiment and see if new features allow you to more effectively achieve your goals.

All of our panelists have found success with Facebook Live, which allows them to broadcast video from community events, interviews with elected officials and staff members and more. Jen has also used Facebook’s Q&A feature to create an online forum, promoting resident engagement with elected officials. As for what’s next, Brett is currently exploring ways to leverage Snapchat for West Hollywood, given the city’s young demographic. For Queen Creek, Nextdoor is emerging as a widely used platform for residents, so Jen is experimenting with ways to leverage it to communicate key information to the community. For anyone thinking about doing something new, Anthony advises that it’s important to keep an open mind as the social media landscape changes.

Social media has the potential to transform the way people perceive and engage with government. Taking advantage of this opportunity and making your presence effective requires an open mind and a willingness to experiment. Find out what works for you and your community, and continue to evolve and refine over time.