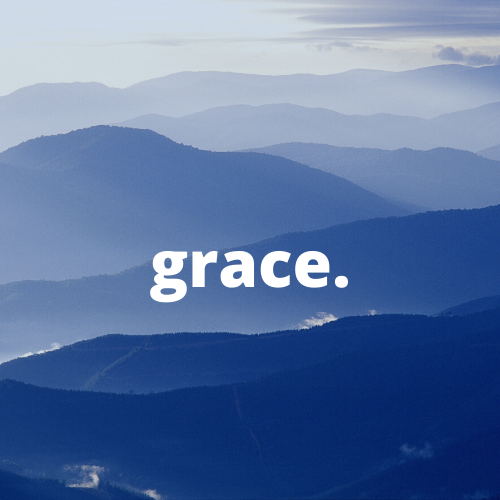 Today’s Buzz is by Katie Babits – connect with her on LinkedIn and Twitter!

We are three full weeks into a new year, & if you’re like me, a new year comes with much reflection. Well, this isn’t just a new year, it’s a new decade. I didn’t realize the whole decade bit until later than I’d like to admit, so when it dawned on me that the decade was closing, I was pretty blown away at everything that has happened in the past 10 years.

I started working on my MPA at Missouri State University 10 years ago. That is pretty much when my professional life began. I began my internship in local government HR the very next year at the City of Springfield, Missouri. That internship has guided the direction of my career. I discovered ELGL in 2014, which as I have mentioned before, accelerated my career. In 2015, I started working for the City of Eugene, Oregon.

Eugene was my penultimate goal. I missed it throughout the three years in Springfield, Missouri. I wistfully sought positions there while working elsewhere before 2015. And when I landed an HR generalist position with the city, I was in over my head as the role was heavily training and development, an area in which I had little experience. You could say I was privileged to be in the role.

As a part of managing the training and development program for Eugene, I began meeting with people immediately to launch something called Leadership Lab. I made fast friends with my partner, Robert Brack, as we began creating a year-long professional development program with guidance from the executive team, former conspirators of previous versions of the lab, and people who we wanted to present.

That’s how I came to know the members of the executive team and then city manager, Jon Ruiz (a position now held pro tem by the famous Sarah Medary). He spoke of what the city would look like in 10 years, and how the people in Leadership Lab would be the people running the city, while those on the executive team would be long gone.

He wanted the people who would still be at the city, and who would likely be running it, to build the vision for what the city would be in 10 years.

We spent 6 months building the program and met with 35 staff and 12 mentors through the next year after that. It was awesome. I still have friends from that period of my life and the short nights, extra hours and hard work were only a value add to that stressful period of my life. Those were my first formative 18 months at the City of Eugene.

Because of that opportunity, I remained on a first-name basis with the executive team, and one rainy day in a coffee shop as I was working from my laptop, Jon Ruiz came up to sit at my table. It was right after the 2016 election, and he said he had been thinking of something he wanted to share with me.

He wondered what it would be like if we could bring together community members from very different aspects of Eugene, and host a meal, an opportunity to break bread, with people who were from different backgrounds, different mindsets, and who had very different experiences of living in Eugene, with the one common theme that we all share love for the same community.

He said, “So that’s what I’ve been thinking about lately.” And with that, he stood up, grabbed his hat and said goodbye. If you have ever met Jon Ruiz, you know a lot is going on in his head, but when he sits down to talk to you, it’s for a reason. I thought about what he had been thinking about lately quite a bit after that. And when I saw something pop up in my social media feed from a former internship, everything clicked.

I had been an intern briefly at the Oregon State Capital for Senator Jason Atkinson while in undergrad. Many years later we became connections on LinkedIn and I saw a project he had been working on, where he brought together folks from various walks of life and held hosted dinners where they spoke to one topic, even one word at times.

This sounded exactly like what Jon Ruiz was looking for. So I wrote him an email and included links to the videos, saying I thought it might be in line with what we talked about that day in the Perugino coffee shop.

Jon loved it, and one rainy night in the same Perugino coffee shop, I joined Jon for dinner with several community leaders from Eugene. We were there to discuss grace.

As I sat at the table with the president of the local NAACP, members of the Jewish community, the arts community, the Latinx community, and others, I realized how many of these people had extended me grace as I stumbled through the learning curve of understanding my privilege. It was after that dinner that I realized grace is something I truly needed to extend to myself.

Instead of shaming myself for my lack of awareness of my privilege, give myself the grace to continue down the path, knowing that I won’t always do it right and understanding that it was part of the process.

Giving myself the grace to acknowledge I am where I am in life because of a multitude of factors and while I cannot change where I am in the moment, I can change how I react, how I move forward, and how I give others grace as our paths cross.

After that meal, I have been cognizant of my interactions with grace throughout the years. I found that I am more likely to give others grace, and have witnessed how the most difficult of situations are soothed simply by offering grace. It removes the need to be right, to enforce rules, and to see everything in black and white. I realized that most of the situations we encounter in local government fall into the grey area, and by including grace in those interactions, it humanizes local government.

Grace was what I needed to experience in order to do my job in the best way possible, by giving space for two humans figuring out how to find a solution with the best possible outcome for all those involved. And that is how I learned about grace from a city manager.