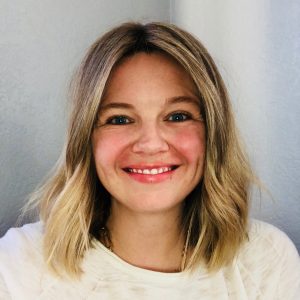 This guest blog is by ELGL member Meghan Ruble with Bang the Table. Meghan  joined the Bang the Table team after five years working at the local government level. Her experience managing a municipal marketing and communications team left her very familiar with the challenges agencies face when planning and running community engagement projects. She is based in New York City.

There are many reasons to launch a comprehensive Community Engagement strategy, including increasing reach and capacity, fostering equity, building trust, agency empowerment, creating a shared vision, and mobilizing a community.

A rather untold story of the community engagement sphere is how effective engagement can bring about sweeping policy change, particularly at the local government level. As the needs of cities and their citizens change rapidly, municipalities are being braver than ever in instituting policies that cover gaps in needs and services for their communities, initiatives that range from municipal broadband to paid sick leave and higher minimum wage.

In 2014, the City of Boulder launched a comprehensive initiative called Connect Boulder, aiming to expand free public Wi-Fi across the city and explore options to bring homes and businesses faster, more affordable internet access. Boulder recognized that despite being a progressive, tech-friendly city, most residents and businesses didn’t have access to the full potential that comes with broadband fiber access.

The city chose to deploy three engagement tools to capture the complete narrative of needs and wants for their community – a geospatial map, allowing for the crowdsourcing of current internet speeds, a survey to gage interest in the new service and funding options, and a guestbook to capture long form ideas and feedback.

The map asked users to plot their location, then run a Google Speed Test to note their download speeds. Armed with that data, the community answered four quick questions to help the City physically map the areas with the greatest gaps in access. More than 100 participants plotted their speed and answered the related questions.

Their survey then asked twelve questions ranging from current streaming usage, to how likely the user would be to help fund the development of a fiber backbone, or eventually purchase service from the city. The guestbook rounded out the narrative gleaned from the survey data, allowing participants the opportunity to share open commentary on the project.

The feedback, as per usual when a community is engaged in a way that is safe for all voices in a conversation, ranged from enthusiastically affirmative to negative. A sample of the feedback collected includes:

“Internet access is a public utility and should be run as such. Glad Boulder is taking on the big cable companies!”

“I am not a fan of the City entering into the broadband service business. There are more than adequate service high speed provider options available now (CenturyLink, Verizon, AT&T, Comcast and numerous retail establishments that provide ‘free’ WiFi)…The City can help by 1) to the extent it can, approve more cell tower installations, 2) allow additional competition in the cable and telco markets. Thanks for asking!”

Armed with the data from these three engagement tools and their two public meetings, Boulder City Council held a study session on May 8, 2018, were they reviewed the community’s feedback along with a technical and cost analysis. On June 12, City Council unanimously passed a motion to proceed with development of a fiber backbone in support of the city’s broadband efforts.

Boulder Assistant City Manager Chris Meschuck had this to say about the project:

“For broadband, we used a combo of in-person meetings and (Bang the Table’s) EngagementHQ. It helped us quickly gather information from the community, especially groups and populations that do not come to the in-person meetings.

It helped us understand the key issues for the community using the quick survey and question tools, that shaped our recommendations on next steps in the project to the City Council. Had we not had the engagement info from EHQ, I think the project would have ended up in a very different place than where we are (headed into designing and building the first phase of a broadband network!)”

In February 2018, the City Council in Austin, Texas made history by enacting a paid sick and safe leave ordinance, becoming the first southern city to pass such a law for private sector employees.

Before affirming such powerfully influential measure, the Council passed a resolution directing the City to collect public input both in-person and electronically on the components of a potential paid sick leave policy.

In November 2017, Austin hosted three public conversations relating to the proposed ordinance, speaking to more than 125 Austinites. At the same time, their dedicated community engagement site, Speak Up Austin!, offered several ways to engage in the discussion, allowing residents to participate on their own time.

A forum hosted a series of project-related questions, asking residents to share their ideas and feedback, while engaging with the city and each other. The City also utilized a stories tool to collect a richer narrative around the project, encouraging Austinites to share their personal stories around how having, or lacking, paid sick leave has affected their lives and families.

After collecting feedback via those initial two tools, City staff launched a survey tool that asked policy-specific questions, collecting vital feedback around how the proposed policy should and should not function. All told, more than 183 participants provided a total of nearly 900 points of feedback across these three tools on SpeakUpAustin.org.

Austin City Council Member Greg Casar had this to say about the policy,

Both Austin and Boulder took what could have been a long and contentious process and reframed it in a way that made all residents feel welcome in the conversation: they clearly communicated the project and its potentials, offered residents a chance to engage in person, and deployed a safe and controlled engagement space that welcomed participants on all sides into the conversation.

It is this triad of techniques that best supports any major policy discussion, as it mitigates misinformation, meets constituents where they are at, offers a variety of ways to engage to capture as many voices as possible, and creates trust and transparency in the process.

View Meghan’s webinar on the use of online community engagement to support policy decisions, hosted by Bang the Table and ELGL.