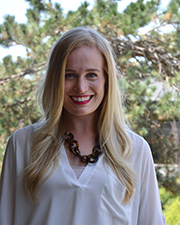 In this series, ELGL co-founder Kent Wyatt poses the question and a guest columnist answers it. This week, Erin White Winn, Budget Manager, City of Denton, Texas, explains the assistant to the city manager position.

I recently entered local government management after spending five years working in urban education reform. Teaching- particularly in the most underserved communities in the United States- is nuanced and complex. Yet, for most Americans, education is a universal experience. Most of us have been involved with school; as students if not as teachers, parents, or volunteers. My grandparents understood, at least at some level, what my work was like as a teacher.

Local government management is a much more insulated field. My favorite cocktail party schtick is to convince the avowed “I’m not into politics” person that they are, in fact, into politics because they are “into” drivable roads, reliable trash service and trained public safety officers. But the average citizen has never heard of a city manager, much less an Assistant to the City Manager. I have to admit- it sounds like a made-up, Dwight Schrute-esque position.

Rather than wax poetic about the role of an Assistant to, it’s easier for me to get granular: what did I do today, this week, this quarter as an Assistant to the City Manager?

I compiled a master list of departmental accomplishments and goals to inform our annual report. I worked with Parks and Recreation, Economic Development and Planning to discuss how we can involve our neighborhood associations in installing public art and planting trees in our community. I developed a spreadsheet to track departmental expenditures so that we can ensure we are being transparent with taxpayer dollars. I interacted with a resident who is advocating for increased traffic controls on a busy street. I worked with a citizen committee to brainstorm how to ensure that our most vulnerable populations are counted in the 2020 Census.  I researched best practices for public dog parks. I’m involved with the beginning stages of an Affordable Housing assessment. I worked with a group of department directors wrestling with how to balance the competing demands of economic growth and environmental sustainability.

As an Assistant to the City Manager, I’m charged with operationalizing the desire and policy direction of the City Council; with executing the elected officials’ vision for the community. At  a time of increasing distrust of government, I’m committed to doing this job with diligence, transparency and integrity. I firmly believe that practicing good government on a local level is key to building public trust and ensuring equitable opportunities for all Americans. How a City Council legislates on affordable housing strategy will impact the daily lives of Americans more so than the majority of proclamations coming from Washington, D.C.

I think that engaging on a local level is government at its best. As an Assistant to the City Manager, I am here for the messy and meaningful work of civic engagement, discourse and compromise. I treat the traffic concern of a citizen with the same level of care that I treat a policy directive from Council. The work of local government managers can infuse the daily operations of a City- and more importantly the daily lives of citizens- with respect and dignity.