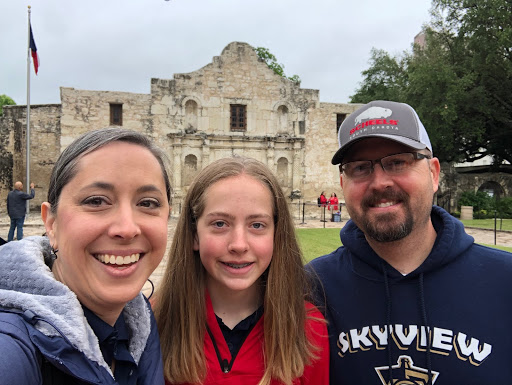 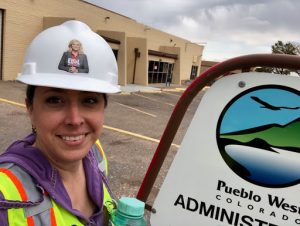 Laura Savage is a local government employee, but not in the traditional sense. She’s the Assistant to the District Manager. Hmm… that sounds like something legitimate, but if you’re like me it doesn’t quite stick the landing. That’s because she works, lives, plays, and raises her family in a special district, which is not exactly a City. It’s also not District 9, nor is it the District of Columbia, but is sort of similar in a way.  It’s on the pathway to becoming a City, but it’s been on this pathway since the days of disco. Read on…

It all started when Robert P. McCulloch inherited a fortune from his grandfather who was responsible for implementing Thomas Edison’s electrical power plants in cities around America. McCulloch used some of that money to purchase a large chunk of land south of Colorado Springs, CO. Today nearly 50 square miles of that originally purchased land is now a special district. 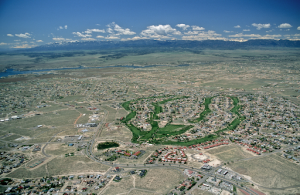 At the time of its founding, McCulloch envisioned this chunk of land as a financing mechanism to create a “country city.” In fact, McCulloch intended PW to be a free-ranging country city rather than a simple tourist destination. Like Lake Havasu, AZ it was master planned to be a city of 60,000 people. Water lines were ran to every tract and block. A park was built and over 400 miles of roads were constructed. Further phased growth was to happen, but McCulloch ran into financial trouble and had to sell all the land, thereby scrapping his planned approach. This problem was exacerbated by the fact that land didn’t sell as it should have and his investors pulled out.

Population density never achieved critical mass and therefore the idea of incorporating could not even be placed on the ballot. And this is where we are today. PW has grown in size to almost 35,000 residents, but because it still has not been incorporated, much of the government services are graciously paid for by the county.

So what happened? Well I had to ask and thankfully I was able to speak directly to Laura herself to learn precisely what has gone awry. It’s a confluence of events really. I’ll let Laura explain.

Brandon: All right, Laura. Elaborate for me, if you will, what a so-called “country city” is please.

Laura: [Mr. McCulloch] included a fully equipped golf course, parcels for businesses and schools, and equestrian trails. The plats in PW are a mix of single family, multi family, and exclusive acreage lots.. People are often still often seen riding horses to eat out at night.

Brandon: Ok, so the equestrian angle that McCulloch originally sought sounds like it worked out, but the actual transition into an incorporated City doesn’t seem to have come to pass.  What separates PW from other cities in America?

Laura: Not much honestly. We have everything but a police department and municipal court.

Brandon: So no speeding tickets?

Laura: Yes we do have those, but all speeding tickets are enforced by the county sheriff considering we are in unincorporated Pueblo County.

Brandon: What about a Parks and Rec Department? It seems like a pretty idyllic setting based on the pictures I’ve seen.

Laura: We have a Parks and Recreation Department which is part of our Service Plan. But if this non-city community is to be maintained, there will have to be revenue generated beyond our current property tax model. Based on other sales tax initiatives, I’m not sure how this would fare. A 1% sales tax was put on the ballot twice in the last four years to fix the roads, but it was voted down each time. A new fire station is needed in the southwest portion of the  community as well simply to improve service by decreasing response times. Right now this problem is leading to homeowner’s insurance premiums increasing.

Brandon: Jeez that seems like a tricky spot to be in!

Brandon: What about making sure everyone is keeping their homes up to code? Do you have someone assigned to make sure residents don’t let their properties fall into disrepair?

Laura: Sort of. Basically we have an HOA on steroids. This is the only bit of code enforcement we have. If someone’s property isn’t up to par we can enforce the covenants that PW has. This isn’t always satisfactory to our residents, but we can’t fine people because we are a special district, not a municipality.

Brandon: What you’re telling me sounds like it would only be natural for PW to morph into a City. Tell me how you and the other officials are moving toward this end.

Laura: Sure, glad you asked! A comprehensive fiscal sustainability analysis (AKA Incorporation Study) will be completed by the end of July by consultants as it will require a lot of data crunching to find patterns. They are also responsible for an analysis of finances. This will determine if it will be sustainable to remain a special district if PW is only allowed to continue collecting the current mill levy. If it’s not sustainable they will determine what needs to be done in order to remain a special district. Conversely, if we were to incorporate, what would that sustainability model look like?

Brandon: It sounds complex, but as Nelson Mandela said, “Everything seems impossible until it is done.” Be real with me here, Laura. Is this a matter of “if” or “when?”

Laura: Well, if we move forward with incorporation after the study comes back,  Pueblo County will have to fund operations for the first year while we transition to becoming a City. This could potentially cost millions of dollars. This money would not be paid back to the County so I can see where incorporation would be prohibitive. That said, it would be a big deal and I think it needs to happen. Something is going to have to give.

Brandon: So what happens if it gets voted down?

Laura: If we remain an unincorporated community and the funds are not there, cutbacks will have to be made. Paved roads could be turned back to gravel. People may have to be laid off. Look, incorporation studies are not new to Pueblo West. This has been going on since the 1970’s. Even then it was determined that remaining a special district was not sustainable.

Brandon: It sounds like you’ve got a lot of work to do so I don’t want to take up another moment of your time.

Laura: Ha! Thanks for that. And I’m super behind on some things, but I’ll get caught up. 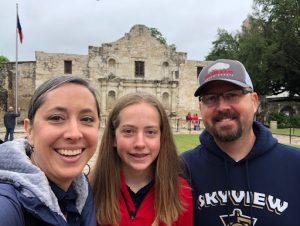 Oh and just when you thought all that sounded like a boondoggle, additional funds will need to be found to replace the roof that was recently destroyed at the administration building in March 2019. You see, a “bomb cyclone” (basically a hurricane just without the water) struck Colorado on March 13. The storm ripped the roof off of the administration building, damaging skylights and HVAC systems entirely.

For now Laura and her colleagues are operating out of the electric co-op building who thankfully had space to be leased. But that lease costs money which as I’m sure you’ve divined is not exactly at the ready right now.

The incorporation study will be completed at the end of this month. In the meantime, let’s all send Laura and her family the best, most positive vibes we can muster. ELGL fam, are you thankful you live in a city that has already been incorporated or would you prefer to be at the beginning like Laura?