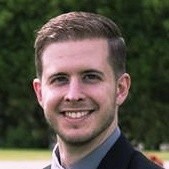 In this series, guest columnists respond to one of three topics selected by ELGL Co-Founder Kent Wyatt. This week, Jacob Sherwood writes about his three years working for New York Governor Cuomo. Sign up to be a guest columnist for this series.

I began working for New York Governor Andrew Cuomo in January of 2016 as an unpaid intern. I was a college student and had previously spent 18 months as an intern for my District’s United States Attorney after leaving the military. My background was not in politics or deep research analysis necessarily, but I was given the opportunity and realized this position would be like no other I had previously been in. As a Research Analyst, I was responsible for vetting candidates and events, policy research, press and historical research, data analysis, and really anything else the Chief of Staff, Counsel, Secretary to the Governor, and Governor needed.

Even as an unpaid intern, I threw myself into the work to prove that I was worthy of being there and could be an asset to the team. That was the first thing I learned about working for Governor Cuomo: Hard work and dedication is rewarded. After three months of no pay (thank God for the GI Bill), I was offered a paid internship. Time went on and after several months on a paid internship, I was offered a salary position and continued working while attending graduate school at night. The work was intense and rewarding, but I was often up until midnight completing school and work projects and ruined far too many weekend plans with my fiancé due to work emergencies and projects.

A team member gave me invaluable advice during one incredibly rough weekend that basically amounted to this: If I ever wanted to be the decision maker or the one making change, these are the hours and the work I should expect to put in. The military taught me flexibility and to never say “that’s not my job”, which I think I had lost a bit of at some point since leaving. My team member’s advice really rejuvenated my thoughts toward public service and the Governor’s Office retaught me those values of flexibility and dedication to the overall goal, not just my part.

The Governor’s Office was an amazing opportunity for me and I was lucky to have met and worked with a lot of incredibly smart and talented people who pushed through really progressive policies like $15 minimum wage, free college tuition at State Universities, and programs that addressed racial, gender, and income inequalities throughout New York. The Executive Chamber was also supportive of me attending grad school while working and my team was accommodating to my classes, shouldering the burden the nights I attended.

The position didn’t come without its downfalls though and the biggest one I felt was towards the end of my time there. I was studying local government management in grad school and felt more and more that I wasn’t engaging with my community as much as I was my entire State and I was seeing mismanagement in my own city. I wanted to move down to the local level and interact with the people I was working for. Working for the State I felt so far removed from everyone and I’m sure they felt the same about their interactions with State government. They could vote in elections, write letters, call, and sign petitions, but all of that can be brushed off to the side and make them feel apathetic towards the system when they don’t receive a response or don’t see change. Local government on the other hand is where people interact on the most basic level more frequently. They see their City Sanitation Engineers, their police and fire, go to City held festivals and events in City parks, and drive to City Hall for permits, information, and council meetings. Local government was where I wanted to be.

Since joining the City of Hampton as a Management and Systems Analyst, I have increasingly realized just how prepared the Governor’s Office made me. Flexibility continues to be paramount for me, as well as the importance of understanding complex relationships, and will never say “that’s not my job” when it comes to making my City a better place for our residents. Governor Cuomo (and his staff) also showed me what type of manager I could hope to be one day. That is one that shows gratitude to subordinates, rewards hard work, and invests in their people.