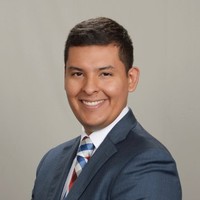 In this series, guest columnists respond to one of three topics selected by ELGL co-founder Kent Wyatt. This week, Alejandro Moreno, Assistant Budget Officer at Denton County, Texas, writes about the power of storytelling.

I began my college years studying film, thinking I wanted to pursue a career in the film industry. Story telling is something I’ve always had a passion for. However, I also found myself being draw to government, a field I found extremely interesting due to its layers of complexity. As you can imagine, it was a difficult and odd position to be in, having to choose between a career in film and a career in government.

In graduate school, I was fortunate enough to intern with the North Central Texas Council of Governments. A big part of my duties there were creating public service announcements. Through pure luck, I had found a position that combined my two favorite things; making videos about local government. It was through this combination that I began to realize I preferred a career in local government to anything I would want to do in the film industry. It’s also important to mention there were practical reasons that helped me make this decision, such as wanting a retirement savings plan, and not wanting to be a waiter.

I have a passion for budgeting and am very fortunate to have found a job I enjoy waking up for every morning. If I was unable to work in a budget office, I would choose to work with capital projects in some capacity. Many local governments have positions dedicated to working with capital projects in a variety of different roles. These types of positions can be found in different departments, depending on the scope of their duties. Therefore, it’s not entirely out of the realm of possibility to imagine a sort of hybrid position between a capital improvement manager and a Public Information Officer/documentarian. It sounds like a very odd combination, but stranger jobs exist (Space Travel Agent).

Personally, I’ve always thought that working with capital projects from a budget perspective is akin to working with a puzzle. I enjoy trying to put all the pieces together to get a clear picture of the entire plan. The capital improvement program can span across multiple years, involving multiple projects and several different funding sources. With limited funding and competing projects, it can be an exciting process putting a plan together and adjusting it consistently. My hypothetical hybrid position would do all these things, in addition to dabbling in my other passion for storytelling. I would Disseminate information about the capital improvement program to the public that is comprehensible, which can be a challenge, depending on the project. It is not only important to have a good plan in place, but to also have the support of the public and ensure you are communicating your plan in a way that is easily digestible to those without a specialized background.

Working with capital projects might not sound like an exciting prospect compared to anything you might find in the entertainment industry, but it’s fair to say there are many similarities between a local government organization and a film set. In order to have a successful project in both, collaboration between multiple departments is essential. I have come to appreciate the importance of working with people who have different perspectives, especially those that are very different from my own. Both, local governments and film sets, have a wide range of different type of positions whose involvement is vital to the success of the organization. Most importantly, both try and deliver what they think the audience/taxpayer wants. I wonder what the equivalent of an academy award would be for a local government.

This comparison might be a bit of a stretch, but my point is that I would enjoy working with capital projects just as much as I would enjoy working on a film set. It’s all about what you do in these positions, your work environment, and who you interact with, that have a significant impact on how much you enjoy what you do for a living. So, unless local governments begin creating positions that combine budget duties with those of a screenwriter, I think I’m fine where I’m at.