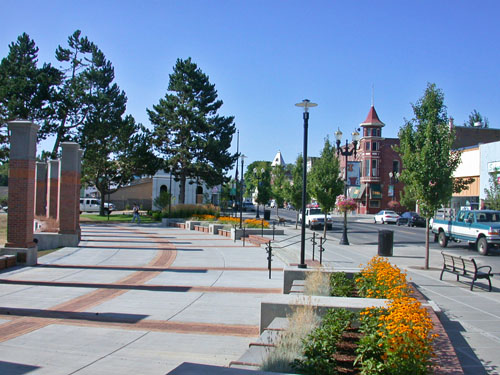 In this series, guest columnists respond to one of three topics selected by ELGL co-founder Kent Wyatt. This week David Clyne, City of Independence, OR City Manager, writes about managing difficult personnel matters.

Question: What is the most complicated or unusual personnel matter that you have addressed in your career?

Over a career spanning nearly 40 years, I have had the honor (not always the pleasure) of serving in eight different cities, one county, a league of cities, and in a private capacity as among other things an attorney at law. Over all those engagements, my service in one particular community provided me with the most challenging and ultimately educational personnel quandary of my career.

I arrived as the latest Administrator, following an unsuccessful tenure of my predecessor, full of the knowledge that with my years of experience I would easily turn around this community renowned for its many attempted (some successful) recall elections. In a state, Colorado, known for amazing beauty and vistas this was a unique community located in a place that almost brought tears to your eyes with its stark beauty.

A high mountain valley seated at the foot of a range of 14,000 foot behemoths that were so close that at times you felt like you could just reach out and grab the peaks. How could such a place not be destined for anything but healing and peace? Truly eagles soaring, coyotes howling and a night sky covered with the brilliance of the Milky Way should only have brought harmony. As you might guess; hah!

Shortly before my arrival, the police department had experienced the shock of having lost one of its own in the line of duty. Needless to say, in such a small department (under 15 sworn personnel), not a person was untouched by the tragedy. It was a department in desperate need of professional intervention. Unfortunately, the Chief may have needed help the most but refused to seek it nor provide it for others.

The Chief disengaged from normal operations and undertook very destructive personal behavior. In the vacuum created, the two sergeants became the de factor leaders of the department. With very different management styles, the department ultimately fractured into followers of each.

It was this dysfunction that greeted me and before long, it was very apparent that steps had to be taken. I knew as the new, incoming Administrator my cache was minimal with the personnel; particularly since I came from a civilian background and without a military history.

My instincts were to engage outside professional assistance from police professionals to establish quick credibility and conduct an organizational audit to guide reconstruction of the department. I brought in a well-reputed Chief that I had worked with previously in the Denver metro area to do the work.

Much progress was made on the former and some on the latter until . . . One of the issues raised in the reports was the management and personal practices (well documented) of one of the sergeants. Disciplinary action was definitely called for and the Chief, initially ready to take this on, later approached me defiantly and refused to take the steps he had already committed to.

Further he went on to say that he would no longer take direction from me. Unknown to me, the Sergeant and his family were very close outside of work to the Chief and his family (so close that the Chief was warned by his own spouse not to obey the directive).

In the face of the insubordination, I provided him with several days of paid leave to reconsider. During that time, I made certain my Council understood the situation and received their near unanimous support for my ongoing actions.

What followed was breathtaking to me. The Chief (13 years in his position and a lifetime resident) returned to restate his defiance resulting in his termination. It was then that the 14ers came crashing down around the City and me.

Hampered by the need to maintain confidentiality over the circumstances surrounding the termination, the community listened to the angered voice of the Chief and his supporters. What came next should be no surprise; yes a recall election.

The new Council took its place and within a couple of months directed me to rehire the former Chief. They understood that the only way they could rehire the Chief directly was either to remove him from my supervision or fire me. As the latter was easier and more in keeping with their sentiment, when I refused to rehire the Chief, they terminated my employment.

Honestly, to this day, I am not certain how else to have better managed the situation. I am certainly content with my own willingness to accept the consequences of what I perceived as the right decision, but frankly, as many of you will unfortunately learn in your careers, it is nonetheless an extremely disruptive outcome (professional and personal) to lose your job so suddenly.

In hindsight, I do not regret my actions. I have become an effective city manager over the years and am currently going into my eighth year in Independence, Oregon. My path has taken me through some amazingly rewarding outcomes and I am happily approaching retirement with few, if any, regrets over my life.

So much more occurred in the short stay in that unbelievably gorgeous community, but I am limited with this piece. The Mayor once told me that the Ute Mountain Ute Indians that had occupied that valley for millennia cursed those that caused their removal to the Southwest corner of the State. I think I felt that curse and the turmoil that never quite died down.

I went back there years later to spend my last days in Colorado before heading west to Oregon. It was truly an amazingly beautiful place . . .