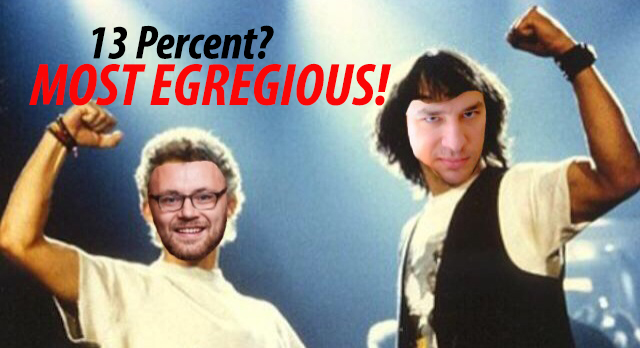 Hello and welcome to ELGL’s most excellent blog series leading up to the 2015 ELGL conference! In the days and months following ELGL’s biggest annual event, myself (Ethan Cirmo) and one Joshua Gregor will be your roving reporters, giving you a glimpse into the lives of our two keynote speakers: former Oregon Governor Barbara Roberts and former Washington Governor Christine Gregoire.
These two deeply impressive and inspiring women broke ground in State politics, and set the stage for future female leaders in the farthest reaches of State government.
Leading up to the conference, and in the spirit of ELGL’s #13Percent campaign drawing attention to the fact that only 13% of local government management positions are occupied by women, I will be reading and blogging about Barbara Roberts’ autobiography, and Josh Gregor will be reading and blogging about Christine Gregoire’s autobiography.
Josh and I are perhaps a little TOO pumped about this assignment (We high-fived earlier today. I know, sorry.)
For that reason and others, we sincerely hope you will join us on the journey to #ELGL15, or what we are affectionately calling:

Join us on our magical sleigh-ride.

Barbara Roberts: Up the Capitol Steps
Blog Post 1 – The Beginning

It was the year 1990, and after a long day at work Barbara Roberts was at home when the phone rang. She walked over and picked it up—it was Governor Neil Goldschmidt calling, and he needed to tell her something.

Roberts was a self-made woman from small-town Oregon, a precocious leader from the get-go, trailblazing in Oregon politics to great effect and great fanfare.

She found herself sitting in the chair of Secretary of State, but the whirlwind that got her there was still fresh in her mind: legislative aide, Multnomah County commissioner, State representative, the list goes on.

She had never dreamed to achieve what she did; when she was young she hadn’t even considered it a possibility. Yet here she was, sitting in her chair at home, on the phone with her boss, the Governor.

The conversation was one sided and brief: there was a real possibility that he would be making a big announcement in the next couple days, and he needed her to free up her schedule. Much was left unsaid, but she had her suspicions of what his announcement might be.

Could she dare entertain the thought she was having? What did it say that it was the first thing that came to her mind? Did it make her presumptuous to consider the possibility? Disloyal? Of course the rumors had been circulating in the Capitol; they always did.

Her heart raced. How could she consider the thought, and beyond that, how could she be so excited by it? Still, that’s how she felt, implications be damned.

She spent the rest of the night writing frantically in her journal all the thoughts and mixed feelings she was having. The next morning, the hurried with her staff to finish smaller tasks and make space in her schedule for what might be coming.

Then the bombshell dropped: out of nowhere and to everyone’s surprise, Governor Goldschmidt announced he would not be running for re-election. He wanted her to clear her schedule because he expected her to be running for the State’s highest office.

Barbara Roberts had an utterly iconic slice of Americana as her childhood.

Let me set the stage: two people completely in love start a family in Oregon, and move to LA so they can make enough money to support their fledgling family.
Dad’s a machinist fresh out of service in World War II, and Mom’s a caretaker, homemaker, and enforcer. Deciding that LA wasn’t the best place to raise a family, the two parents bring their little girls, Barbara and Pat, to Oregon, where they settle in the sleepy town of Sheridan. There is one of every kind of store, but just one. There is a main street, a river, a barber, a grocery, a high school, a cemetery for necking, and everything else a family needs to live the post-war dream.
John Mellencamp’s Little Pink Houses wasn’t written yet, but only because the rocker hadn’t been born. This is what he was singing about.
Everybody knew everybody else in town. Every kid had a long leash, and was accountable for their actions. Parents knew what their kids were up to, and what their kids’ friends were up to. They knew which kids were dating. They knew which parents were cheating. They knew that it was none of their business.
This was the time in America when privacy was simultaneously all-important and non-existent. Politeness and manners dictated what, if anything, was called out.
Barbara was an outspoken child, a trait that, as she matured into a young woman, developed into a grounded sense of self and confidence in her ability to achieve what she aspired to.
Undoubtedly popular, she was a cheerleader, school newspaper editor, student body president, and accomplished academic performer. But she was also active in the community, at church gatherings, and toiled in the fields picking fruit to earn herself money for summertime adventures.
She had the quintessential small town American experience, and as only teenagers can do. Dating boys young, unsupervised river swimming during the summer, kissing underwater, drive-in movies and the like.
Despite her popularity, which would typically invite disdain from those less fortunate in the high school caste system, she didn’t alienate herself. She was just as popular with the nerds and the band kids as she was with the jocks and the popular girls.
This aspect of her personality, being so widely liked by so many different social groups, was the vanguard to her future success in politics.
But that’s a story another time. See you next Friday!