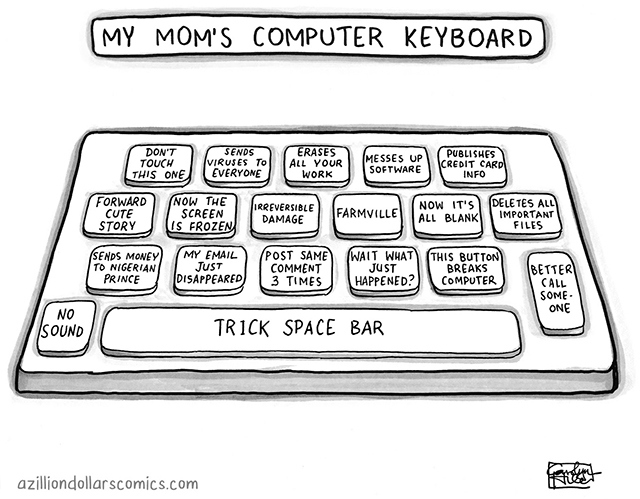 Traditionally, local government has dealt with rates, roads and rubbish, but of course, it’s a lot more than that. Local government oversees libraries, recreation centres, playgrounds, planning, and more much. In providing these services, local government must effectively communicate, and when necessary provide engagement opportunities to citizens. Communication strategies may include traditional and mainstream offerings: community magazines, local newspapers, website, direct mail, email, and social media.
In many local governments, communication and community engagement is viewed as the fluffy third wheel. It’s often the first area that feels the snip of reduced funding. Marketing and communications teams are reduced in number and operating budgets slashed, leaving them only able to provide the bare minimum – maintaining the website and alerting media of positive news stories.
Community engagement often reverts back to the legal minimum, outlined in a Local Government Act (LGA), provided by the State and supported/guided by a Local Government Association. In the state that I work, the minimum is to ‘inform’ and where necessary engage for 21 days. Inform is prescribed to a minimum public notice in a newspaper. (The no-man’s land part of a newspaper between the classified and sports section.)
Where ‘inform’ and ‘consult’ is prescribed as the minimum, council must perform two levels of the IAP2 spectrum which barely engages the citizen and wider community in the decision making process. (There is an ongoing debate to whether ‘inform’ is a legitimate level of engagement.) Interestingly, one council actively promotes using the IAP2 spectrum as noted in their Community Engagement Handbook, yet they remove the highest level of engagement, ‘Empower.’ They believes happens through citizen voting.  This, of course, stifles opportunities for communication professionals to implement engagement opportunities when they arise.

Little Help from My Friends

Two of my Australian colleagues, Corey Speers and Matt Murray agreed to share their perspectives for the following questions.
What has been effective in your communication/engagement with the community?
Theme: Using a mix of complimentary methods and being open, honest and transparent. Content and Engagement has to be of interest to the community.

I am a community engagement traditionalist. There will always be a need for offline engagement. We must remember those who are not digitally savvy, those fear leaving a digital footprint, or those who don’t have the financial means to be online. The last council I worked for I added the step that anything done to engage online should, where possible, be mirrored offline and vice versa. For example, a community survey would be available both in hard copy and online.

What are the challenges you have faced?
Theme: Communicating the difficult and engaging on the emotive

Councils are elected to make decisions and some of their decisions will not be popular with the community. In these cases, citizens often lament the lack of engagement from the Council. Citizens become involved when they fear council action will impact their way of life. Like the closure of a local leisure centre or whether the Rainbow flag should fly to show solidarity for the LGBT movement (I sat in a two hour Council meeting on this particular emotive topic). These are things that affect people.
Recently, I worked on a project to communicate council’s wish to introduce a new bylaw on dog and cat management which included compulsory microchipping. Before the start of outreach efforts, we thought it would be pretty straightforward engagement process. This was not the case. The part of the bylaw requiring the microchipping of cats drew the ire from cat owners. (Dog owners had accepted this as the norm.) A mobilized group of cat owner spread allegations that microchips cause cancer in cat. The ire of the cat owners persuaded Council to remove cats from the microchipping bylaw. A prime example of the difficulty engaging on topics that are emotionally to some in the community.
What are current trends?

Pinterest is an area of interest for me. I started a Pinterest account for the council which I initially used to crowdsource photos of an old iconic playground that was turning 30 (2,000 people attended the birthday party). In the back of my mind, I knew that in the next two years the playground would be up for renewal and its iconic status would require some pretty substantial community engagement. Over the next year, I collected 200 photos of the playground (including some from council archives of its construction) which I pinned and attributed. The interaction via Facebook posts and Instagram with the community was one of storytelling and the sharing of memories the playground.  A hashtag was established and people started sharing thoughts on how the playground could be improved.
When the engagement process started for the playground, I had valuable feedback and a collection of photos to inspire others to get involved. Through social media and mirrored offline opportunities (face to face community meetings and comments postcards) we engaged, consulted and even collaborated on the design of the playgrounds future. We have completed three of the three phases and the playground looks amazing and maintains much of its original iconic charm. The community can track progress through updates on Facebook and Pinterest. Citizens visit the site to see if their suggestions are being used.
What advice do you have for those entering the profession?
It’s all about networking and sharing. Learn from your peers, find a mentor and share with colleagues in similar roles across council boundaries. They might be doing something that would work great in your area and you may be able to help them.
Corey suggest that for working in communications you start with easy to understand information, research your message and the rest is easy! Matt’s advice is similar – do plenty of research. Look at a variety of local government communication channels and form a view on what works and what doesn’t for your council.

Councils on film: the best of #localgov video

Learning from the Land Down Under with Andrew Coulson

Trending in Australia with Andrew Coulson

Tis the Season for Elections in the Land Down Under