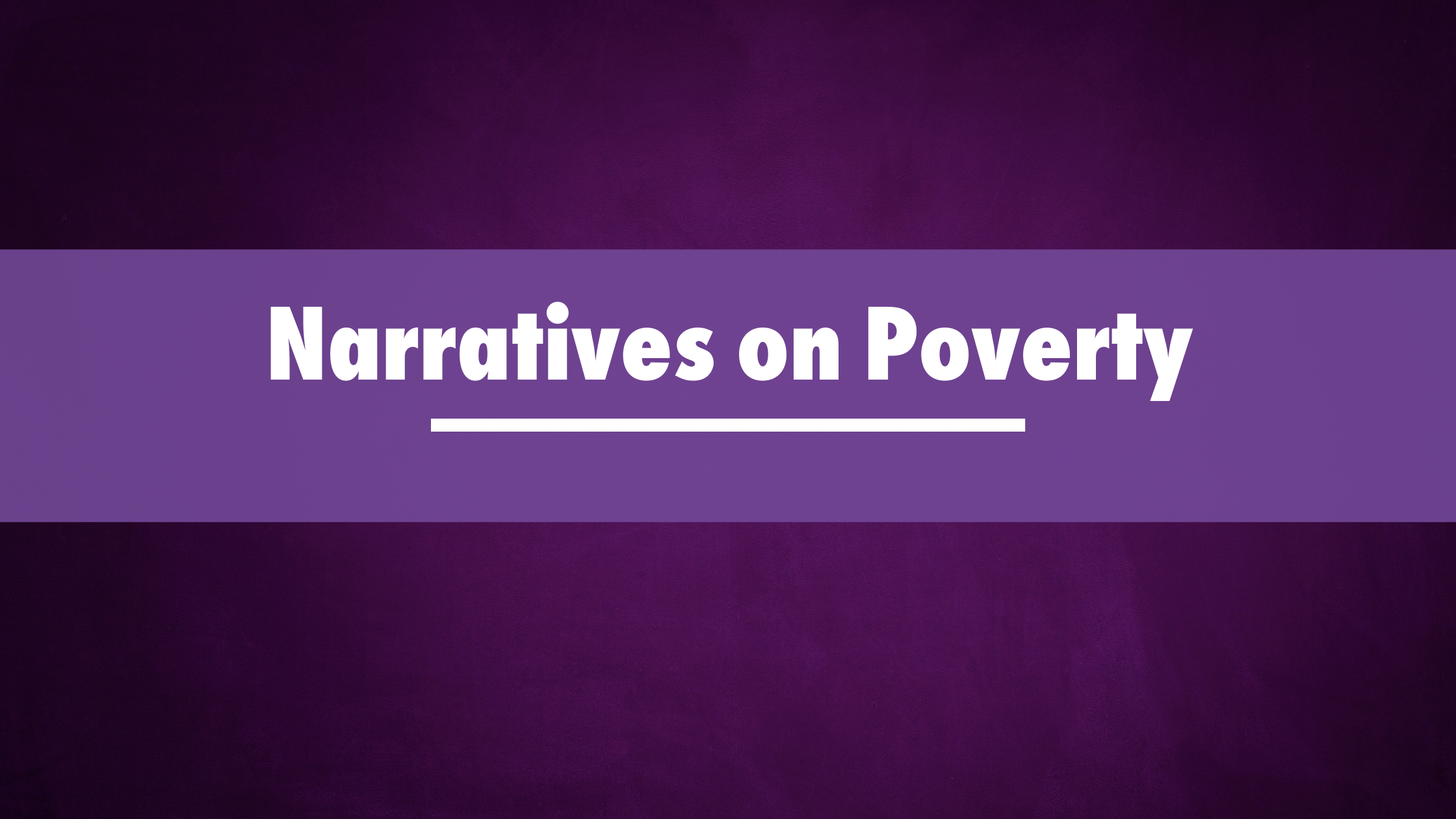 This guest article is by ELGL member Matt Hirschinger, the Assistant to the Town Manager in Hudson, Colorado. Read all of Matt’s other articles at the Social Justice –> Government homepage.

How do we in local government tell stories concerning the poor? On a national scale, it’s a pretty bleak picture. The poor are depicted as losers, quitters, takers, immoral, entitled, inferior, and perhaps worst of all hapless victims with no real agency or self-determination. For any group facing prejudice, there are the hypocritical, no-win narratives they face. When the disenfranchised are quiet or soft-spoken, they are treated as meek and invisible. When they raise their voices, they’re portrayed as threatening and dangerous. Lose-lose.

For my Poverty and Social Inequality class, I’ve been drinking down statistics and data from a firehose. All of that information doesn’t matter, the potential ways to alleviate poverty through different social, government, and private-sector mechanisms have little value if we feel in our hearts that the poor are parasitic, if we believe they are a burden onto a hardworking and deserving middle class.

Whether we define the poor through the U.S. poverty line or some variation thereof, or through their lack of certain amenities, or the inability to pay their bills, or to handle an unexpected hit, or the loss of work and benefits, we seem to hold one thing in common for them. Poverty is not a good thing, and therefore the poor themselves are associated with the not good.

So what do we do?

What seems to me to be the best way to discuss the poor is not through sensationalizing their struggles, nor appealing to visions of a great society where none are without. It might pull at the heartstrings and hopes of some. Many won’t buy into it. Instead, it feels like what may be a more sustainable, more inclusive narrative is to depict the poor as us, as the same. They are residents. They are people both beautiful and flawed. They like all of us are attempting to navigate a continually changing economy, simply with fewer resources and tools at their disposal.

Rather than build sidewalks for an impoverished neighborhood because they are poor and in need, dredging up the debate of the deserving and not, the hardworking and the lazy, build sidewalks for an impoverished neighborhood because it is a neighborhood and that’s what local governments do for neighborhoods. For some audiences, a sob story may work, but for others, a casual shrug and “local government provides services to its residents” far better normalizes and makes the work acceptable and agreeable.

We offer job services to the unemployed because we want a community with employable residents.

We offer social programs to assist drug addicts, or former felons, or some other group with a moral stigma because we want a community with less addiction, or repeat offenders, or whatever other problem is being addressed.

We give some leniency when people fall behind a payment because we all have a bad month or year, and it seems a better policy to let someone have the chance to pick themselves up then to knock ‘em down a few more pegs when they’re most vulnerable.

Poverty is a hard thing to talk about without some frustration. Deep poverty is even worse, heartbreaking, and shocking. We can still normalize the solutions, the effort as our everyday business, and everyday business it will be. Our stories don’t have to be about any extra help or service to those struggling being some grand, exceptional model. These stories can be just local government doing what local government does.

Just as it’s normal to work with job-producing businesses as a good partner, as well as listen to the priorities of the Rotary or other prolific group of community leaders, it can also be normal to engage with those who’ve fallen behind and see where our resources are best utilized. We first have to develop the narrative that accommodates the effort.

This isn’t easy because we don’t tell our stories in a vacuum. The legacy of the “Welfare Queen” endures. Just as we can cherry-pick the hardest working, down-on-their-luck, charismatic struggling family, so too can the most entitled, made-a-string-of-awful-choices, unrepentant government-assistance recipient be highlighted and painted as the norm. We are competing to have our story be the one the majority internalizes.

So work on that story.

Practice it, tweak it, revise it. Test it out on friends, relatives, colleagues. Engage with residents to hear their stories and let theirs shape our own. Through speaking, through written word, through images, through actions, we can make more understanding, supportive, and overall aware communities a reality.