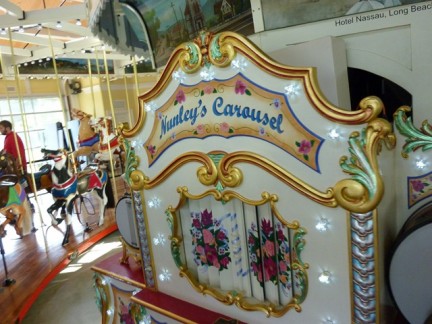 I think some of our UGB hearings went until around midnight.

Probably to treat others as you would like to be treated.  My dad also always drilled into me the importance of having good credit, so I’m really conscientious about that.

Excluding family, give three of your career mentors.

(Complete the sentence) I know this makes me sound old but……Why are the teenagers’ shorts so short?

About a half hour ago, when I got a text from a friend.

It needs to be vacuumed!  Lots of debris from carrying bikes around, camping, and road trips.  Various cds in the middle and in both door pockets.  My coffee cup from this morning in the middle console.  A random 12 pack of ginger ale in the back floor area with some cans missing that were used to make our new favorite drink “Big Ginger” at a friend’s house.  A trusty car blanket, used for impromptu picnics, and an emergency car kit with jumper cables and flares.

Song(s) that remind you of summer.

Anything country music, that new Robin Thicke song (because the best way to listen to it is with the windows down and it turned up), Bruce Springsteen songs, “Wagon Wheel” by Old Crow Medicine Show, and mmmbop (kidding, kidding!)

Editor’s Note: This is the second mention of MmmBop which can mean only one thing.

(Complete the sentence) In 2018, local government will be …………  More innovative, working to engage the public more through different media channels, evolving to prioritize funding for bike/ped infrastructure.

(Complete the sentence) Before I die I want to……Travel around and see what life is like in other countries, particularly in Asia and South America.  Be fluent in at least one other language. Have a farm with goats.

That we don’t care about how things affect citizens.  We could probably do a better job at explaining the why and how of projects/policies upfront.

Feeling happy and fulfilled, being a good friend/partner/family member, giving back to your community.

Lastly, what question(s) should we have asked?

What is your favorite book?

I actually love to read and have lots of favorites.  Right now my favorites include: The Poisonwood Bible, Cutting for Stone, How to be a Woman, and Chronology of Water.

Why should everyone visit Newberg?

Because we have a lot of wine tasting shops and other interesting businesses opening up downtown, we have a farmers market on Tuesday afternoons and Tunes on Tuesday in the evenings during the summer, and we have a first Friday art walk every month – all fun stuff to do!