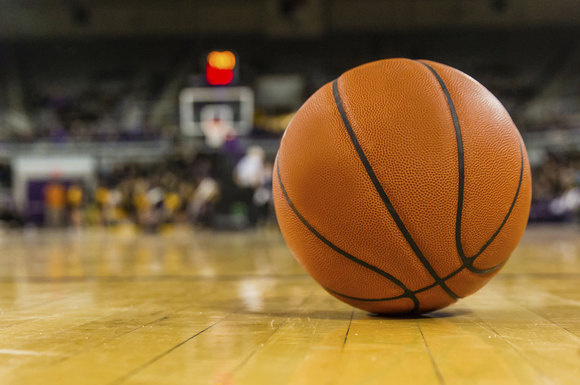 I’m an unabashed hoops fan. The dribbling of a basketball, the squeak of shoes on the hardwood and the swish of the net are music to my ears. Yep, we’ve just entered my favorite time of the year.
My sons each play on more than one grade school basketball team. My husband helps coach. My weekends from now until March will be spent in gyms, trying my best to cheer but not interfere.
I think it is fascinating to watch how players develop as the season progresses.  I also find it fascinating to see how players respond under pressure.
There are two kinds of pressure I notice.

The first is the most obvious. Being on the free throw line. A break away. Being in shooting range with a chance to close the score gap. Having the ball with seconds left on the clock and your team up or down by only one basket.
This is the situational pressure we can all recognize. It’s what makes basketball intense and enthralling. Ah! Remember that Laettner shot to win it all?!?
The second type of pressure is less often recognized and arguably more powerful.
In our first weekend of games, my sons had a teammate who played very well in the first game. Better than we’d ever seen him play before. Calm. Focused. Solid fundamentals. The next day in their second game he was a totally different player.  Frazzled. Too many turn overs. Discouraged.
What was the difference? At first I thought the things I would think of my own sons. Maybe he had a sleep over and stayed up too late.  He didn’t eat enough breakfast or had too much sugar.
Then I realized he had one parent in the stands for the first game and a different one for the second.  Hmmm.
During the second game, his parent was in the stands near me and coached from the stands every time this player touched the ball. Not in a way that made me roll my eyes or consider them “one of those parents”. But let’s just say it was noticeable. And once I realized it, the difference in the player’s game with that parent constantly offering “reminders” was noticeable too.
Obviously, this was a good reminder for me to watch my own behavior in the stands. And it made me think about how this lesson might apply to other parts of life.
As supervisors, we often think of ourselves as more of a coach than a boss. As coworkers, we want to be considered good teammates. As mentors, we want to be enthusiastic cheerleaders. How do our efforts to give feedback impact others?  Though well-intentioned, are we placing unnecessary stress when we think we’re helping?

To be fair, the difference in the player’s performance in the second game may not have been all on the parent. Maybe it has something to do with the player trying to impress this parent.
Don’t we all kinda do that? For one reason or another, there is someone at work or in our personal lives we work a little harder to impress. How does it turn out when we let the pressure of performing in front of this person or group get under our skin? Too often we also end up frazzled and discouraged.
So what’s the lesson?
If you’re up in the stands, pay attention to the way your interactions influence others. Cheer. Don’t interfere.
If you’re on the court, make the most of situational pressure that gives you a chance to shine. Don’t get too fancy trying to impress someone and end up turning the ball over. Keep your head focused and just play your game.
And no late nights or candy binges either.

On a Personal Note is a weekly column by Stacy Schweikhart that addresses the tricky challenge of blending life with work.  Part life hacks. Part life coach. Part amateur Elephant Journal. Hopefully not too much Dear Diary.  But no promises.