Kaid Benfield is director of sustainable communities at Natural Resources Defense Council (NRDC) in Washington, DC. He manages NRDC’s work advocating solutions to environmental challenges in America’s metropolitan regions, cities, and neighborhoods. He has been named “one of the most influential people in sustainable planning and development” by the Partnership for Sustainable Communities. Kaid is a founder of LEED for Neighborhood Development and a founder of Smart Growth America. In addition to his work at NRDC, he teaches at George Washington University Law School. He writes a popular daily blog on development, community and the environment.

You maintain a blog on development, community, and the environment. For our readers who haven’t been following it (shame on them), what are the three posts that have elicited the most discussion among your readers.

There can be surprisingly little correlation between the depth of a post and its popularity or the amount of discussion it generates.  Ones that I think may be among my best can be ignored while others that I think are frivolous catch on because someone with a mad Twitter account happens to see it at the right time.  Some are ignored on one of the sites that publish my work but go crazy on another.  Sometimes the most discussion takes place not in the comments of the post, but offline on Facebook or some other forum.  The internet can be a pretty capricious medium and, as a writer, you need to be OK with that.

One of my all-time most popular posts was “The Ten Steps of Walkability” from December 2012.  It was published on several sites and received thousands of Facebook mentions and tweets.  I think it really connected with a timely issue.

One that was controversial and generated a lot of heated discussion was my 2011 criticism of EPA for moving its regional headquarters in Kansas City out of a walkable downtown location and into a fringe site amidst farmland and scattered automobile-dependent office parks.  It was the exact opposite of everything the agency’s Office of Sustainable Communities stands for.  But a lot of locals liked the decision just fine, apparently, and were pretty unrestrained about saying so.

Somewhat ironically, my all-time most popular post didn’t have a lot of serious substance in it.  Instead, it was a simple photograph of a road construction sign in Albuquerque that said “Universe Closed. Use Rainbow.”  There was no indication in the photo that those were names of streets.  Sometimes I run something purely for entertainment value and, three years later, this one is still drawing readers on a regular basis.

What sites or blogs do you follow to keep up with your areas of interest?

I “keep up” mostly through an amazingly generous group of professional friends.  We keep in touch on Facebook and through personal correspondence.  We throw ideas and information around constantly, and not just on the subjects I write about.  My reading is not so much to keep up but mostly to be exposed to new ideas and thinking. 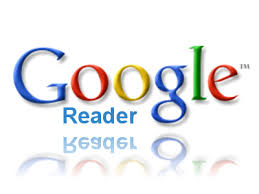 I subscribe to about 30 or so blogs via my Google Reader.  I don’t read them often enough because there just isn’t time, but some that I particularly like are the PlaceShakers blog by the small but thoughtful planning firm PlaceMakers.  They are very good writers and write from the heart about the intersection of community and design.  I also like almost anything Steve Mouzon, a friend and architectural philosopher of sorts, writes.  Steve is another very personal writer.  He maintains several sites, the mother lode probably being the one called The Original Green.  And I absolutely love Inhabitat, a design site with outstanding visual graphics. They actually write little about the same things that I do, and for that reason they always seem fresh to me.

Grade local government on their ability to address environmental challenges.

You won’t be surprised that I think it varies widely from place to place. Some local governments, like Philadelphia, Dublin, Ohio, and El Paso are doing amazing things. I might add Lancaster, California to that list.

But municipalities are hamstrung because environmental challenges tend to be regional, not jurisdictional.  Regional government is almost nonexistent in the US, and meaningful regional cooperation among municipalities is rare.  Local governments – the good ones – do what they can within their borders but they can miss huge environmental problems such as suburban sprawl and whole-watershed management. This means that they can do a great job on things that matter, but perhaps don’t matter as much as the ones they cannot legally address.

A couple of exceptions I know of are creatures of state law:  the province of Ontario, for example, has crafted the best land use plan I have seen in North America for the region around Toronto and Hamilton; unlike most American land use plans, it has the force of law.  And, in California, their state planning law SB375 is leading to some very good prescriptions for environmentally responsible growth in regions such as Sacramento and Southern California.  Legally, the plans are not as strong as the one in Ontario, but they do have a creative mix of carrots and sticks that will help their chances for success.  These are exceptions rather than the rule, unfortunately.

What’s the first concert that you ever attended?

I was on a high school debate team in North Carolina that went to Wake Forest University for a tournament.  I was probably about 16, and a folk music nerd.  Joan Baez was playing and I nabbed a single seat.  I’ve been to hundreds of concerts since, perhaps my all time favorite being Van Morrison in the late 1980s at Wolf Trap outside of DC.

ELGL is hosting its 1st annual conference on October 4 at the Kennedy School. Help out the conference planning committee by providing three ideas for speakers or topics that will benefit those in the government arena.

What has been your most challenging professional experience?

By far my most challenging professional experience – and this must be true for others – is figuring out what I want to do with limited time, and navigating how that meshes with real-world choices and the need to earn a living, as well as knowing the difference between what I’m good at and what I’m interested in.  They aren’t necessarily the same.

These choices seem more acute as we get older.  I’m still working on it every single day.

(Complete the sentence) Before I die I want to….

Continue to value and cherish true love.  Nothing else is remotely as important.

I don’t really have one in the usual sense.  But I’m at a point in my career when it’s time to figure out how to finish it.  I hope I do that wisely, and this seems like a good year to get closer to a satisfying answer.

Give us two tips for effectively advocating for solutions to environment challenges.

Who are your heroes/mentors?