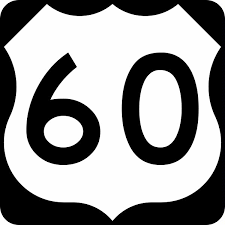 Leaving a job – whether because of retirement, a better opportunity, or termination – is a difficult reality that most of us encounter at least once in our career. Our panelists will reflect on their job transitions to provide at least five action items that you should consider when leaving a job.

The idea for this panel discussion came from an ELGL article written by Julie Underwood (current City of Daly City, CA assistant city manager) about resigning as the City of Shoreline, WA city manager. Learn more about attending the session and NW Regional Management Conference.

Patrick Rollens is the public information officer for the City of Corvallis, OR. Prior to moving to Oregon in 2015, he served as the Communications & Social Media Coordinator for Village of Oak Park, IL. Patrick’s career began with a four year stint at the Chicago Tribune.

Cate Schneider is a Planning and Management Analyst for the Department of County Management in Multnomah County. Previously she served as the city recorder fro the City of Lake Oswego, OR. Cate is a graduate of the Villanova University MPA program

Kent Wyatt is a senior management analyst for the City of Tigard, Oregon and co-founder of the Engaging Local Government Leaders (ELGL).