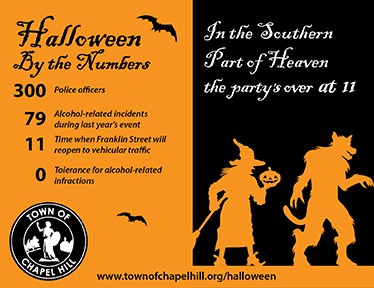 In honor of Halloween we’ve got a scary local government story. What would your town do if about 80,000 people descended upon it for a night? That isn’t a bad dream, it happened to the Town of Chapel Hill, North Carolina in 2007 and even in the years since, with efforts to reduce crowd size, about 40,000 costumed revelers come to the town annually. GovLove talks with Chapel Hill Police Chief Chris Blue and interim Fire Chief Matt Sullivan about all the work that goes on behind the scenes to put this event on.

How One Tar Heel Became Guardian of the Hill