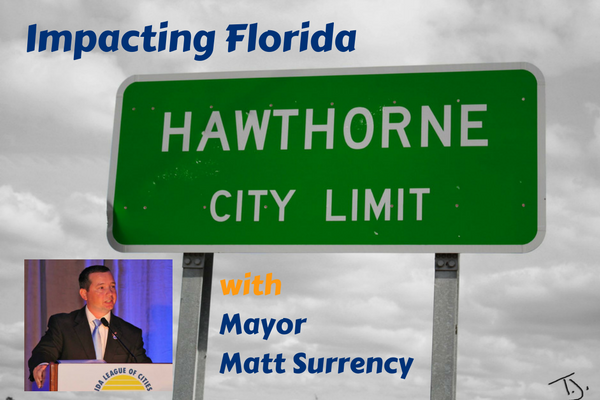 In a wide ranging interview, Mayor Matt Surrency opens up about raising three kids while serving as mayor, accomplishments from his term as President of the Florida League of Cities, and whether Tim Tebow is a major league prospect.

ELGL co-founder Kent Wyatt discussed a number of other topics with Matt including:

Matt is a native of Hawthorne, Florida. His family followed the turpentine industry from southeast Georgia to Florida. Matt married his High School sweetheart and they are raising three boys. He was the Head Baseball Coach at Hawthorne High School before getting into local government. Matt was first elected to the commission in 2009. He has been the President of Alachua County League of Cities and has served on multiple statewide committees.