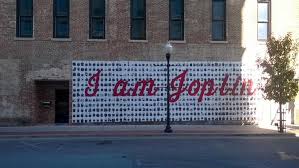 After one of the worst tornadoes on record, many thought the city of Joplin, Missouri would never be the same. But local residents, nearby agencies and volunteers from across the country banded together to help the battered town. City Manager Sam Anselm describes what the recovery was like and how far the city of 51,000 has come in the last 5 years.