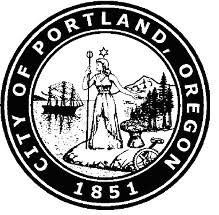 Rank the Pop Up cities (Charlotte, Dallas, Kansas City, Portland).
Portland, Kansas City, Dallas and Charlotte
Of the schools that you attended, which four schools were the most fun?
Boston University, Cardinal Spellman High School, Holy Rosary School and American University Washington College of Law
(True or False) I received a perfect attendance award.
True
In high school, what did you think you would do for a living?
Journalist
What was your favorite childhood toy?
She-Ra
(True or False) I attended a school where the mascot was a bulldog or wildcat.
False
(Complete the sentence) Instead of doing homework, I would sometimes….
Watch the Real World show
What songs would be on your high school mix tape?
Seether, Scenario, Human Behavior, Cream, Stay
(Complete the sentence) My favorite lunch box was….
Strawberry Shortcake
What question(s) should we have asked?
Was outdoor/camping part of young adult life?
What was your favorite childhood game?