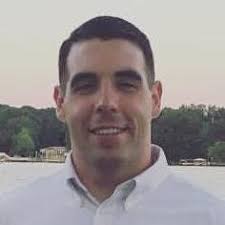 (True or False) I received the perfect attendance award at least once.
TRUE
In high school, what job(s) were you most interested in?
I wanted to be an attorney, but I was voted most humorous so I knew this dream was doomed to failure
What three words are the most difficult for you to spell?

(Yes or No) Email was a major part of my high school years.
Nope
(True or False) I attended at least one school where the mascot was either a bulldog or wildcat.
FALSE – dolphin, eagle, patriot, mustang and wolf
List the top four schools of your educational career.

(Complete the sentence) Instead of doing homework, I would sometimes….
Watch Wishbone on PBS witch is basically the same thing as doing homework
What songs would be on your high school mix tape?

As a disclaimer, this is incredibly difficult because I listen to EVERYTHING. I’m just throwing random songs on here because I have no clue where to even start.
What question(s) should we have asked?
Q: What was your favorite high school lunch offering?
A: S’mores bar made with Golden Grahams