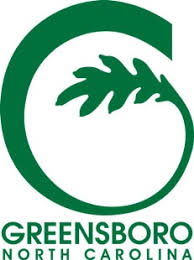 Rank the Pop Up cities (Charlotte, Dallas, Kansas City, Portland).
Portland, Charlotte, Dallas, Kansas City.
Of the schools that you attended, which four schools were the most fun?
The first four.
(True or False) I received a perfect attendance award.
FALSE, I did not receive a perfect attendance award.
In high school, what did you think you would do for a living?
I was considering something in the medical field. Then I took BIO 141 Cellular Biology my first semester in college and switched to a social science.
What was your favorite childhood toy?
I’m not sure if it was a favorite, but I recall being very excited to receive the Bigfoot Crunch Arena one Christmas.
(True or False) I attended a school where the mascot was a bulldog or wildcat.
FALSE, I did not attend a school where the mascot was a bulldog or wildcat.
(Complete the sentence) Instead of doing homework, I would sometimes….
… watch re-runs of I Love Lucy, Leave it to Beaver, Brady Bunch or any number of other after-school TV shows.
What songs would be on your high school mix tape?
I played THIS Rock N’ 70’s cassette tape on repeat for an entire semester one year, only partially to annoy my sister.
Songs: 1. Black Magic Woman – Santana 2. I Want You To Want Me – Cheap Trick 3. Frankenstein – Edgar Winter 4. Long Cool Woman (In A Black Dress) – The Hollies 5. I Can Help – Billy Swan 6. More Than a Feeling – Boston 7. Reaper, (Don’t Fear) The – Blue Oyster Cult 8. Come And Get Your Love – Redbone 9. Cruel To Be Kind – Nick Lowe 10. Baby Hold On – Eddie Money
(Complete the sentence) My favorite lunch box was….
… any lunch box containing rice cakes and/or fruit-by-the-foot.
What question(s) should we have asked?
What is your favorite episode of the GovLove podcast?
What is one of your workplace pet peeves?