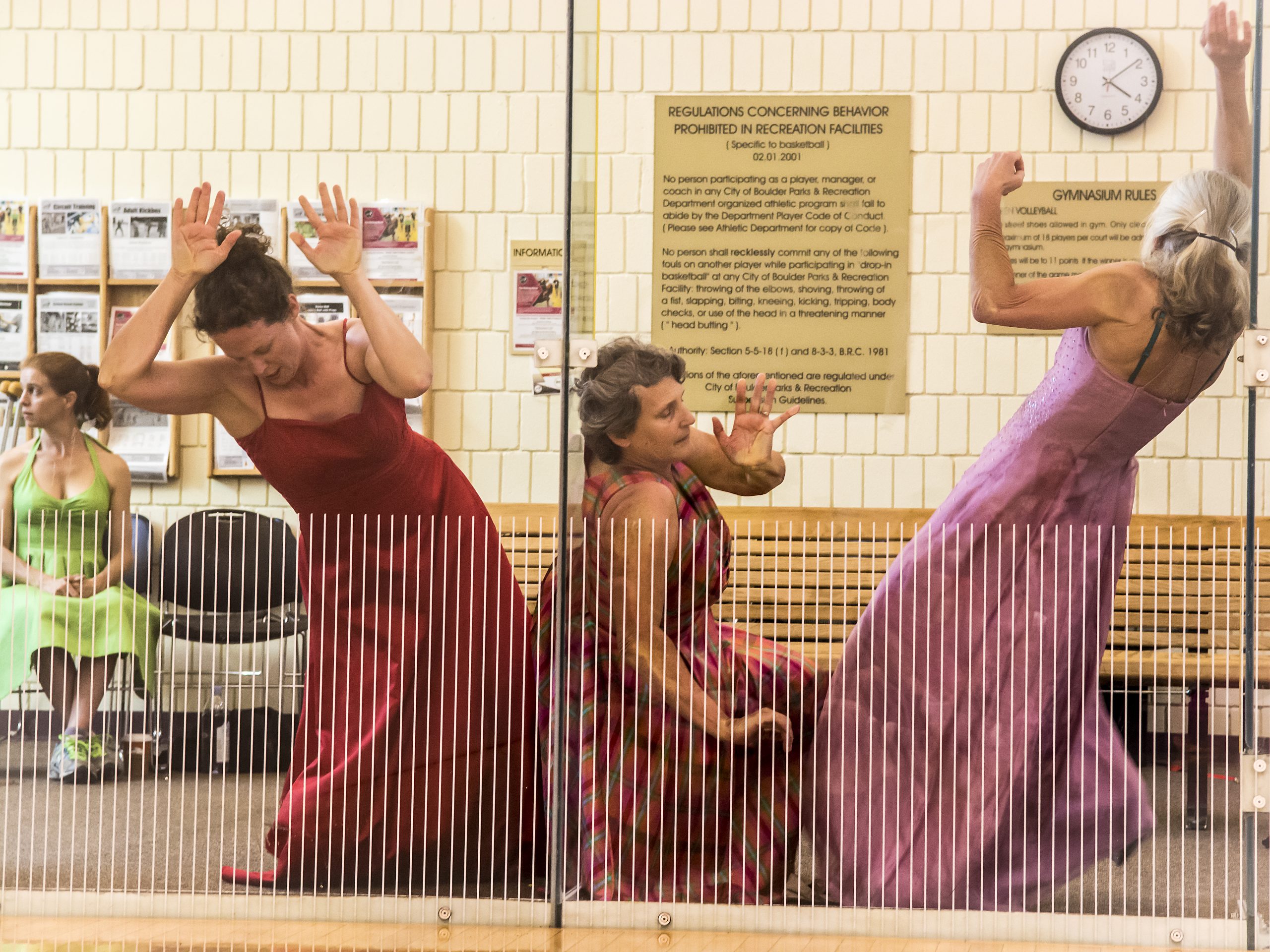 This post is brought to you by Ali Rhodes as part of ELGL’s “Creative Community” learning series about the role of arts and culture in local government. Sign up to guest blog about your local government experiences with creative placemaking here – tell your story so we can learn from you!

“You want to do what in the racquetball court?”

I’m sitting in my office in the winter of 2014, listening to the manager of the North Boulder Recreation Center tell me how he has been approached by a local arts group, Joanna and the Agitators. They want to do a performance, called dirtland, in the racquetball court at the recreation center as part of the annual Boulder International Fringe Festival. The Fringe Festival describes itself as a “platform for artists to showcase their artwork, often in non-traditional spaces”.

I had once been a recreation center manager, and here is what was running through my head:

But Jay was standing right in front of me and so excited about this opportunity. So, I practiced one of my favorite tools for supporting innovation: Get out of the way! I said that I couldn’t wait to hear all about it and trusted that his passion would sort out the details.

Six weeks later, my kids and I showed up for the opening performance. Streaming into the recreation center were over fifty people. Many of whom, I could tell from the faces new to me and conversations I overheard, had never been to this recreation center before. Or maybe even any of our recreation centers!

We sat on the floor of the racquetball court and watched as Joanna Rotkin and her performers tossed dirt on the floor, smooshed their faces against the glass, and created art with their bodies and faces. It was enthralling!

Two years later, we again watched as Joanna and her collaborator Laura Ann Samuelson of Hoarded Stuff Production splashed around IN the leisure pool as part of their performance “Goodbye, Courtney Love”. Again, the facility was full of new faces as hundreds attended the performance over several different shows. It was wonderful!

Of the experience, Joanna says: “I LOVED working with the staff at The North Boulder Recreation Center to make these dances. Because everyone was on board and open to the idea of bringing dance into a public space, our community had the opportunity to experience art in unexpected and surprising spaces. People still stop me and say “Didn’t you do a dance in the swimming pool at the NBRC a few years back?”

As of 2017, the City of Boulder has a Community Cultural Plan that outlines the city’s role in providing economic tools, services for practicing artists, and supporting cultural organizations, neighborhoods and diverse communities to foster public art. As that plan has been rolled out, it has made meaningful impacts on our community in so many ways. I see it personally every day in the mural my neighborhood painted at a key four-way stop and beautiful creations along fences as I bike through town – all supported through the Creative Neighborhoods Mural Program.

Ali Rhodes, MPA, is Deputy Director for Boulder Parks and Recreation and coordinates all aspects of department operations. As a member of the department’s strategic leadership team, Ali aids in setting vision and direction for the organization through annual work planning, board and community engagement, and staff development. Beginning her professional career in Finance, Ali soon realized that serving the city of Boulder through parks and recreation aligned with her dedication to health and wellness and desire to serve the community.  Ali holds a bachelor’s degree in History (cum laude) and Spanish from the University of Colorado at Boulder and a Master’s in Public Administration from the University of Colorado at Denver. Connect with Ali on Twitter or LinkedIn.