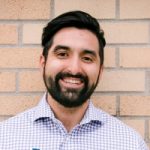 Over the span of his nearly three years as the youngest Metro councilor, he has established a footing as a well respected and admired voice in the region. His convictions on climate justice and racial equity is the foundation into his policy decisions and engagement on all things effecting Greater Portland including our transportation system, land use, preservation of natural areas, solid waste and recycling system and support for our most vulnerable with supportive housing services.

His ability to build bridges across communities and foster productive dialogue when conflicts on pathways to meet regional goals arise is well known, as he is constantly sought after to assist. His role as a service provider to our most vulnerable engages with his role as an elected ensuring the voice of rural Washington Co. and other underserved communities are heard and given action.

Juan Carlos is a bundle of energy which is exactly what we need in local government. He’s willing to step up and work with anyone. And that good naturedness is infectious and creates better work environments for everyone as well as better policy.

He is a great communicator! One thing I appreciate is his willingness to be open and sharing about his work and the work of our agency. A lot of people talk about transparency but he actually lives it.