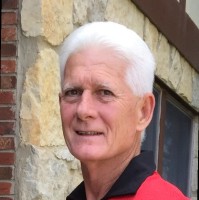 Steve Timmer is the definition of public service. After 30 plus years as a Firefighter/Paramedic, Fire Lieutenant, and Fire Captain, Steve took on the role as Executive Director of the Hamilton Parks Conservancy since its inception. Upon taking control of all Park areas in the City of Hamilton through a unique agreement with the City, Steve and the organization have transformed the Hamilton Parks.

After updating each and every park space, as well as reactivating multiple neighborhood parks, Steve and the Hamilton Parks Conservancy were asked to take over the operating of the two City owned golf courses and run the day to day operations. And BOTH courses have experienced transformational change in their playability, appearance, and professionalism. Steve’s organizational leadership is unparalleled in the Hamilton Community and as a former Hamilton Citizen of the Year, his work with the Parks is just another example of the phenomenal public service in his life.

Steve is a true public servant. After his retirement from the Hamilton Fire Department, Steve volunteered as a Master Gardener to maintain the upkeep of various City medians and pocket parks. Steve’s vision often goes unnoticed as he is one of the most intense doers you will ever see. As Executive Director, you may think you’ll find Steve behind his desk most days. Absolutely not! Steve is often out in the parks doing anything from picking up trash to putting on roofs.