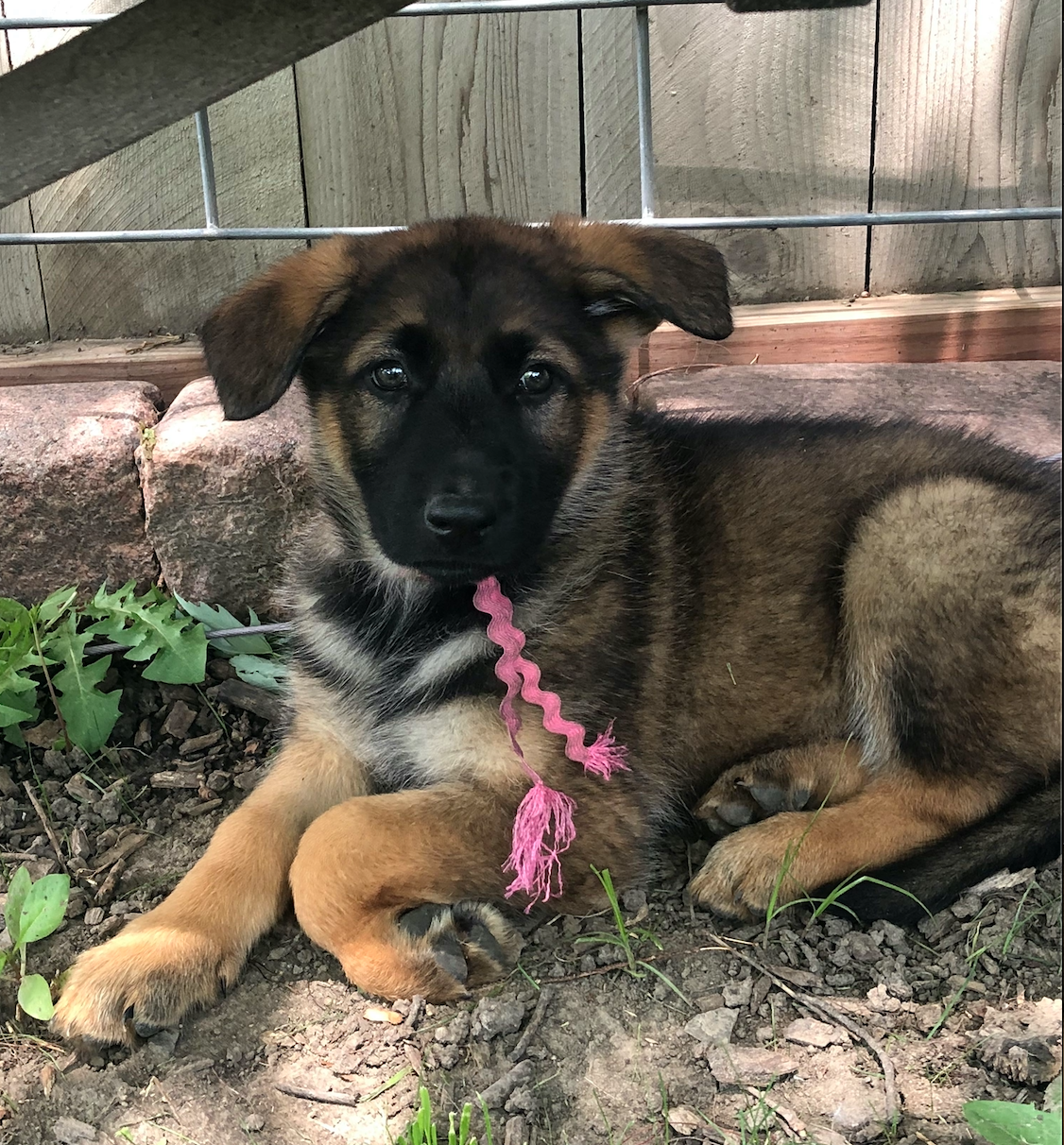 What I’m Reading: Ugh, I’m reading an insufferable book that will not be named for fear of everyone hating me. It is the kind of book that every influencer was reading before it came out and taking selfies with it. But I hate it, and yet I can’t stop reading it because I hate not finishing what I start even more than I hate the book. It’s like listening to slightly drunk mid-20s party-goers philosophize all night.

What I’m Watching: I caved, y’all. After watching one episode of Emily in Paris, I said “NOPE”. And then, bien sur, months later I got pulled in again by my love of Paris and my desire to be in on what everyone else is talking about. The best part about watching the show, though, is reading the snarky Vulture recaps afterward.

What I’m Listening To The Spanish Tapas Bar playlist on Spotify. I’ve been neck-deep in Duolingo for both Spanish and French every day (even though the only international trip I have scheduled this year is for Germany). Spanish, because my ancestral roots are in Mexico, and French because I took it for 7 years and France was one of my first words (see above).

For most of my life, the idea of being a “dog person” was foreign to me. In my house growing up, our dogs were an afterthought. They were small and lived mostly in the backyard. I assume someone fed them, but I don’t recall who. I know they were loved, but they weren’t my thing. As an adult, I never understood why people got so obsessed over a creature who couldn’t talk, smelled bad, and whose bodily output you had to pick up with a bag on your hand. A BAG ON YOUR HAND. It looked demeaning and I wanted no part of it. Besides, I told those who asked, I had three kids and a work-life that required travel. I was too busy, I’d say, to bring another responsibility into my home.

April 2020: *Sips wine and cries over the impending destruction of the world in the middle of the night sobbing “I just need something to love” while putting a deposit down for a dog that hasn’t even been born yet* 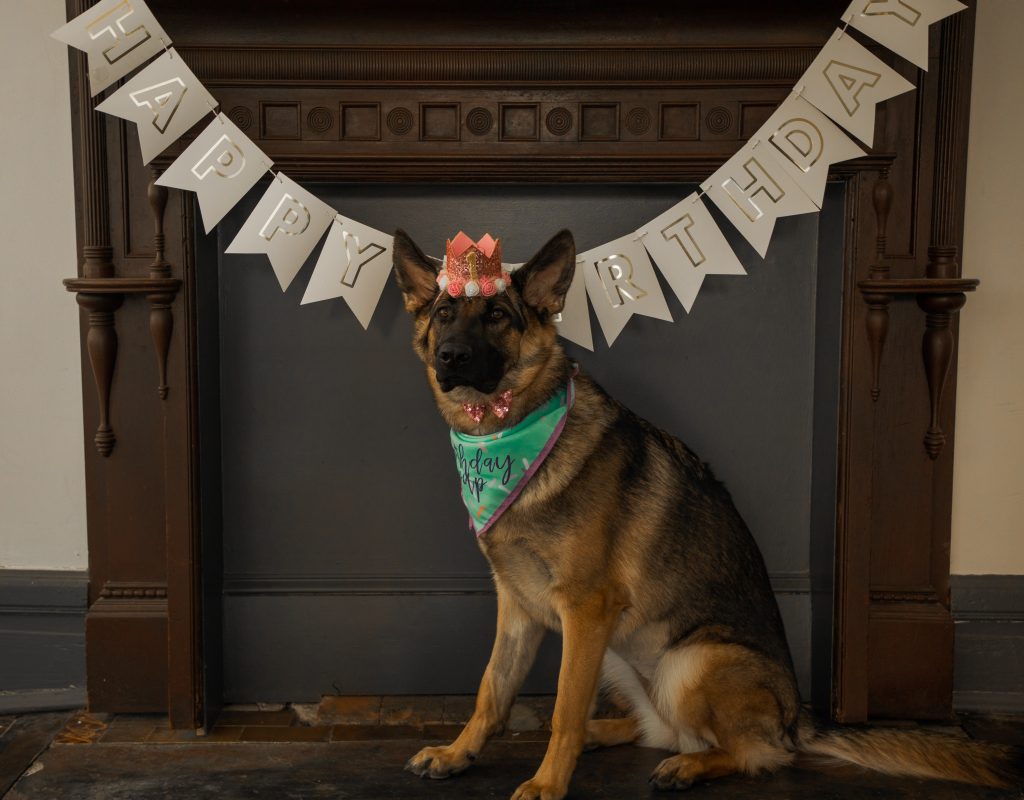 My dog’s name is Sonny–she is named after our favorite character on Law and Order: SVU. She is intelligent and stubborn and can be aloof and intimidating. She is also related somehow to the dog that played Rin-Tin-Tin K9 Cop, so she’s kind of like Hollywood royalty. Because I mostly work from home now, and she is my only officemate, I spend a lot of time observing her and trying to figure out how her dog brain works. Here are three leadership lessons from a German Shepherd all of us can apply to our own lives.

Every morning, one of the first things I do is take Sonny to the park behind our house to run off-leash while I sip hot lemon water (2022 goal) and listen to something inspirational or meditative. The other day I heard a piece about Ikigai, a Japanese term that very roughly translates to a “reason for being”. It is the sweet spot where what you love, what you’re good at, and what the world needs intersects.

Pursuit of our Ikigai drives much of our decision-making and requires that we resist compartmentalizing who we are and what we do. It demands that we reject a “work is work and home is home” ethos and instead attempt to harmonize our identity across our different spheres. It all can feel a little bit like navel-gazing, but I think it is a useful framework for diagnosing ourselves when we are feeling unfulfilled or uninspired. Which one of those parts of the Venn diagram are we missing, and how can we get there?

Sonny’s Ikigai is unmistakable. Once, when she was about 6 months old, we were chatting with some other folks at the dog park while all the pups ran around. I noticed that Sonny would chase dogs in big wide circles that eventually spiraled back to their rightful owner. She would race alongside the dogs, not wanting to win, but wanting to nudge them towards the center. It wasn’t a race, it was a calling. She could do this for hours. Immediately I thought “my dog is a genius! This needs to go viral!!!”. Then I realized that what a German Shepherd is meant to do is herd—hence the name. She was just fulfilling the purpose she was meant for. It brought her joy, it was useful, and she was good at it. She didn’t have to read a million think-pieces about the meaning of life to innately fall into her Ikigai. 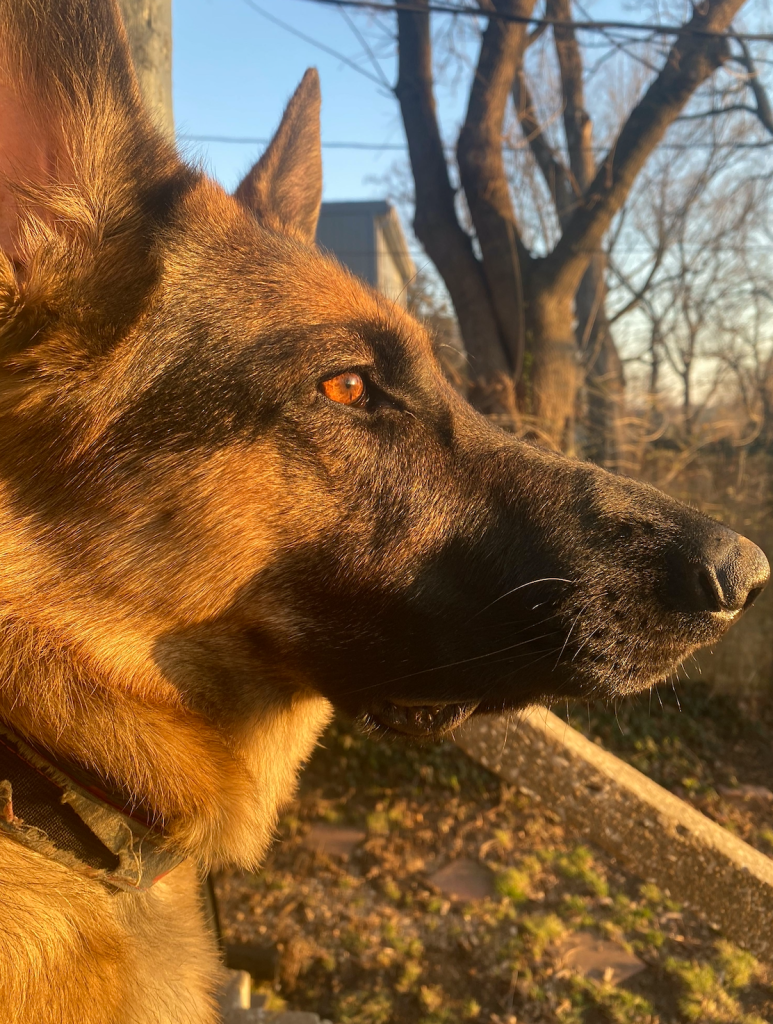 Use your voice, but make sure your motives match.

I have seen fully grown men jump multiple feet in the air at the sight/sound of Sonny barking at them. These men usually stride confidently towards us, only to be humbled by the protective voice of this dog. I used to apologize for her barking, embarrassed. I would mutter “I’m so sorry” and pull her over to the other side of the street. I would order Sonny to “be nice”, mostly as a show to her hapless victim. But, over time I’ve started to appreciate her bark. I’m never scared to walk alone with her at night, and I’ve come to understand that her bark is her way of speaking up for us. It’s her way of ordering others (usually men) to respect our boundaries. If I spoke up for myself and others that I am supposed to protect, then maybe I wouldn’t be so resentful when I’m made to feel small.

As amusing as it is to me to watch overconfident men cower, she’s also made kids cry. Sometimes, other dogs are scared of her. German Shepherds aren’t considered a cuddly breed, and even though I know some of her barks are meant to instigate play (her tail is wagging, her ears perked up), they aren’t interpreted in the way she might mean it. While I hate being tone policed, and I know that multiple studies confirm a bias against feminine voices, there is some validity to checking yourself and admitting when your motives don’t match up with the way your words are perceived. As humans, we have the gift of control over our delivery, and a good leader recognizes the importance of speaking life into a room and knowing when that room needs a ferocious bark or a tiny “yip-yap”. 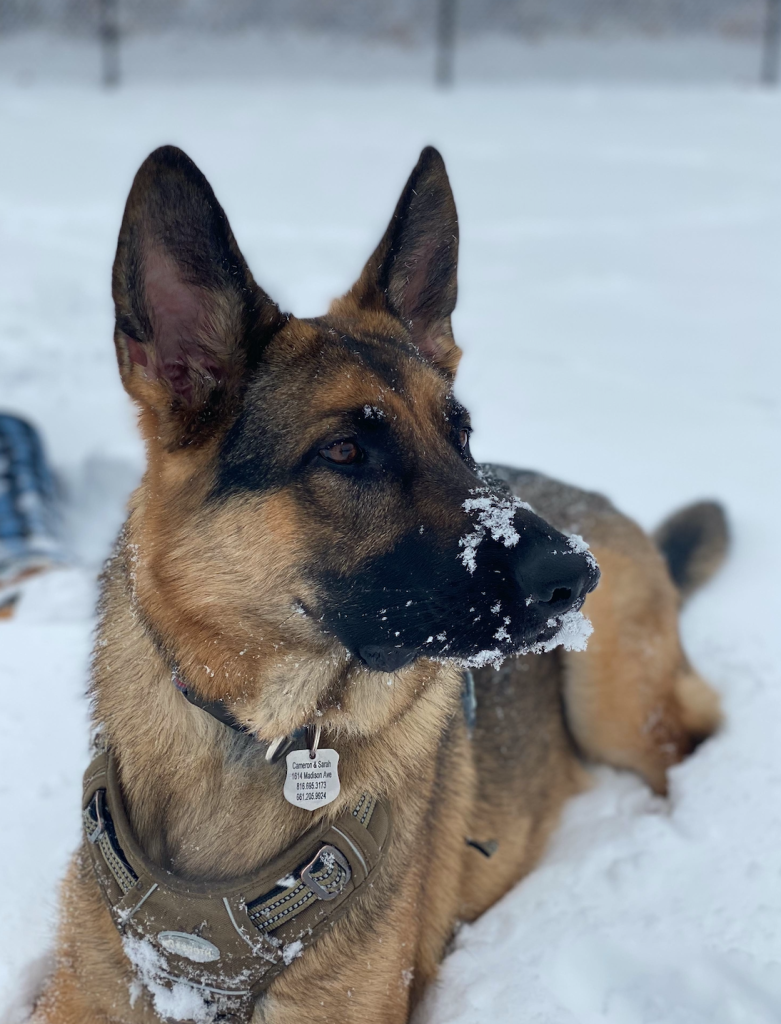 Never ever give up, unless you are thirsty.

My favorite time at the dog park is the morning after a rain, right when the sun comes up. We usually have the place to ourselves, as other owners prefer to keep their dogs cleaner than I do. I love the sound of her paws running full speed against the wet earth–she sounds like a galloping horse. I love to see the spray rising up from the ground as she chases her ball, and the steam coming off of her fur. And I absolutely love the birds.

The birds come out to the park to catch the worms, and Sonny stalks them low to the ground, her belly almost scaping the mud. She comes upon them slowly, often standing stock-still for a full minute, watching them do their thing. Then she takes off at warp speed, an all-out sprint. She never catches the bird, or the squirrel on the tree, the rabbit bounding across the yard, or the mouse that has evaded every trap we’ve set for it in our 120-year-old house. But this never stops her from trying anew at every opportunity.

Sonny doesn’t remember failing, but I’m sure she remembers the fun of trying. She harbors an unrealistic hope in the face of physics. Her faith in the mission is deep, and her perseverance is remarkable. The only time she veers off course is when she needs some water, or she wants a nap. The girl knows how to rest. This is the leader I want to be; I want to be a leader with unshakeable determination who knows when to take a break and regroup.

Perhaps the greatest leadership lesson Sonny is teaching me is about impermanence. One day, she won’t be here. Loving a pet is like signing a contract for eventual heartbreak. I know her life expectancy is about a decade, God willing. This does not make me shy away from the joy of watching the world through her eyes. I savor my moments with her–except when she eats something gross off the floor and vomits all over the rug–because I know that my time with her is limited. How much more beautiful could life be if we took on new challenges, new jobs, and new relationships with the same sense of preciousness? Instead of thinking about the next position or the next project or the next partner–where this will go, what will become of it–what if we lead with a fervency that grows from one day to the next? 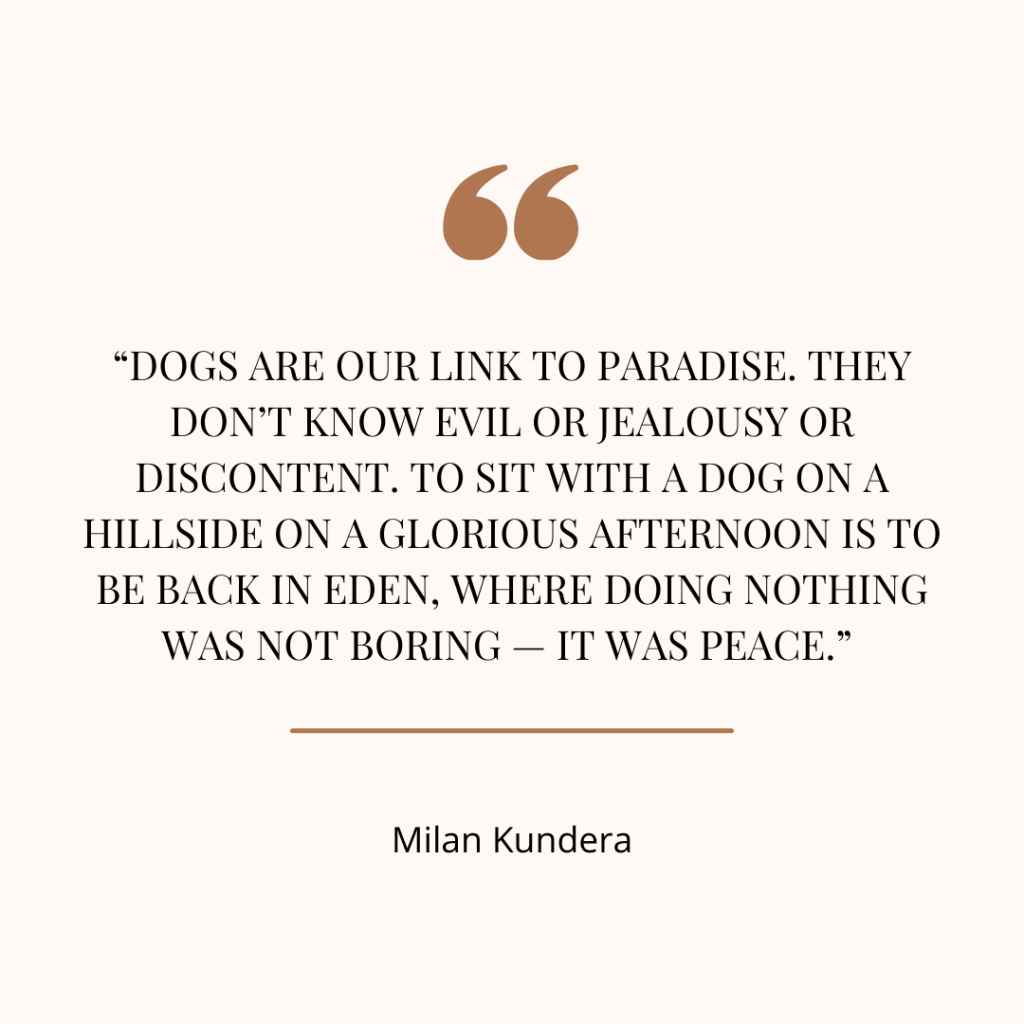