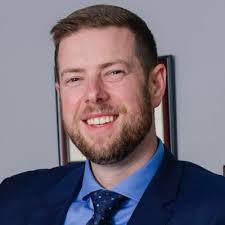 I started working in local government when…I accepted a position with the City of SeaTac, WA as a City Management Intern. I was trying to find an opportunity to work in local government and many cities have limited their entry-level management positions (management analyst, assistant to, etc.). The Washington City/County Management Association (WCMA) had provided me with a mentor city manager who also happened to be the City Manager at SeaTac. It was through him that I was able to help with several interesting projects that involved most of the City’s departments. I was able to then network with several other city managers in the region and was eventually recommended for a position with the City of Lakewood as the Assistant to the City Manager, which I’ve had for over a year now.

My friends and family think working in local government means….that I get to do what I’m passionate about and that I have the opportunity to really affect change for residents. I grew up with a father who worked in local government, and while I wasn’t sure that I wanted to do the same, I knew the work that he did was important and helped people. The opportunity to combine helping people and working in government may seem like concepts that are at odds to some. I find what I do rewarding.

My top three career accomplishments are…

When no one else is in the car, I…..listen to NPR and ESPN.

Right now, I am working on….ensuring that my work plan for 2015 is complete, working on upcoming franchise agreement negotiations with utility providers, preparing to implement a community satisfaction survey in 2015, and supervising a Management Intern who recently received her MPA. There are several things on my plate at any given time. Each day is different and never stale.

Here are three tips for interviewing……

In terms of telling the local government story, I think local government….Has historically relied too much on traditional media sources to be the outlet for information. There are so many avenues for a city to tell its own story and highlight the “wins” that are being achieved. Major/large cities will tend get the headlines and suburban cities will have to struggle to gain positive notoriety. Because there are so many potential stories, and the media is struggling with its business models, the stories that are run may be the type that don’t necessarily shine the brightest light on current events in your town, but rather is aimed at getting as many readers as possible. If the only thing that a reader sees has to do with something negative, then the readers will start to associate negativity with your municipality. Consistent messaging about the positive attributes, projects, and wins that are occurring in your community, on a regular basis, is what local governments should be highlighting. It is a city’s own responsibility to put that message out for your residents.

For the next person that you interview, I would ask….Why are you interested in working in local government?

You should have asked me….What is something new and innovative that your municipality is/has been working on?