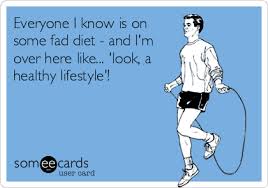 Mark Yager (LinkedIn) is one of two Oregon Local Government interns. He completed an undergraduate degree at Centre College and is expected to graduate with an MPA from Indiana University in 2015.

As you can see, I’m scared of what we’re doing to our planet.
Right now, I am working on….
Drinking a green smoothie.  Quick tip: Adding dark greens, mango, pineapple, oranges, banana, honey, and cinnamon to a smoothie can taste like a green jolly rancher!
Work wise, I’m finishing my last semester of my MPA program as I eagerly wait for the start of the Oregon Local Government Internship – East Side.
Here are three tips for interviewing……

In terms of telling the local government story, I think local government….
Local government is a crucial part of everyone’s lives and a well-run government can make a huge impact.   Those working in local government also have many opportunities within the nooks and crannies of the day to have an impact even if on the surface it doesn’t seem like much.
If I could start a non-profit to assist local government, I would focus on….
I would focus on connecting education and training systems to businesses, entrepreneurs, and different professions.  Strong schools, workforce development, and social capital are crucial components for economic development.
And, one thing that you should know about me is…..

I enjoy leading a healthy lifestyle.
For the next person that you interview, I would ask….
What attracted you to this job/internship?
You should have asked me….
When were you most satisfied in your job?