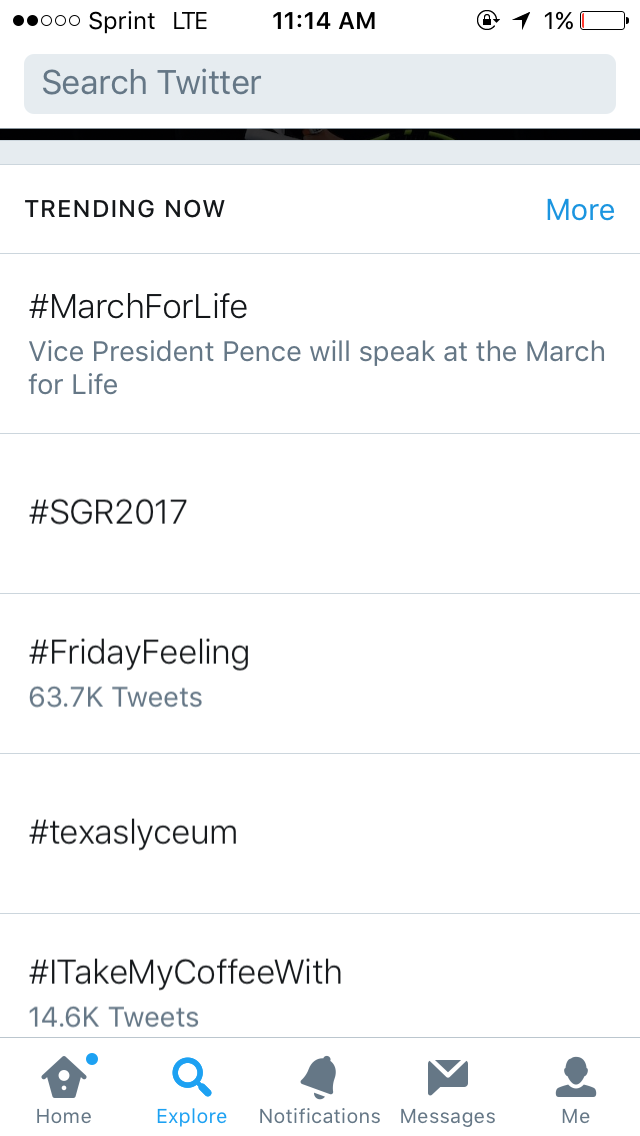 Live from the SGR Conference in Grapevine, TX! ELGL co-founder Kent Wyatt chronicles why Texas is more fun than Missouri – A Show-Me State Celebration: #MCMA17. He’ll stoke the envy of the Missouri folks and create a few alternative facts to keep everyone on their toes.

Until the Next Episode

Thanks to Strategic Government Resources for offering an atypical conference. There were no sessions on generational differences and no mention of the M-word until the very end, and even then, Ron Holifield caught himself and apologized.

One takeaway from the conference is Carly Lorentz, City of Wheat Ridge, CO is a rock star. She energized the networking event by strongly encouraging people to engage in the selfie action. She also is responsible for capturing the quote of the conference.

What is an Assistant to the City Manager

In case you didn’t know, we have a column for that.

The Rumor is True…

Supper Club involved karaoke that brought down the house last night. There are pictures and videos but I will not post them as they could prove to be valuable. I will say there was rap music involved and some inappropriate lyrics that we skipped to avoid a massive bar fight.

Check out the latest pictures from the SGR Conference. Mad props to the great staff at SGR! I showed my appreciation by following asleep during this picture.

My favorite picture of the night which is a not-so-humble brag. I would argue that this is only picture ever taken of three assistant to the city manager and one senior management.

Win a drink ticket by tweeting or Facebooking your favorite ELGL article or taking a conference selfie.

Cities of Frisco, Georgetown, and Grapevine are sharing experiencing on defining their organization’s culture.

Not so much. The temperature is slowly dropping inside the Great Wolf Lodge. Carly has resorted to warming up with a cup of hot tea nestled against her face.

What everyone wants to know is, “where’s Chris Maddox?”

Chicken fingers are dancing in my head during the presentation. Raising Cain started in Baton Rogue, LS near the LSU campus. Traci is blasting us with fun facts including this one:

We are learning about it from Jorge Luna, Four Season Hotels. What have we learned so far? Four Seasons is the only hotel that still has a bathrobe and slippers in each room. The little, tiny bottles of shampoo were first used by Four Seasons.

Podcast: The Importance of Organizational Culture with Ron Holifield

How did the RFP process, meant to encourage competition, end up undermining it? A major reason is the long list of requirements that companies are required to meet but which make little sense for young, innovative companies and create often-unsurmountable barriers for them.

HUGE thanks to Ron Holifield for the kind words about ELGL

Ron Holifield is releasing a book but…..you can’t buy it yet. Only one copy exists.

#FunFact: @RonHolifield is releasing a book. @JimProce and I will get our hands on the 1st copy today. #SGR2017 https://t.co/KxEEkjrgZq pic.twitter.com/uzQlH5Pd0e

Ron’s favorite phrase, which he believes describes local government, “a knight without armor in a savage land.”

I guess it’s time for your daily cry. Earlier this week, I listened to an interview with Chris Mortensen, ESPN reporter, on the “Know Them From Adam” podcast. Chris’ struggle with cancer is discussed and you will cry throughout the episode. For whatever reason, it’s the first time that I’ve heard someone discuss in great detail the awful day-to-day struggles of a cancer patient. Your appreciation of daily life will increase after listening to the interview.

Breaking news: I made it to the Portland airport, and what an airport it is. Upgraded restaurants, movie theater (coming soon), and WiFi.

My only complaint is walking past people getting the chair massages. So awkward…I look down and walk fast.

Ben Kittelson, if you are reading this entry, please stop. I think your dog is loose or your car lights are on.

Everyone else – I took Ben’s music recommendation and have been jamming to Migos all day. I searched the ol’ Google to find more info on the Migos. Here are my findings – Migos and the Never-Ending 15 Minutes of Fame – The Ringer and….Watch Migos rap a children’s book about llamas.

I ask you — can you say that you’ve read every Llama Llama book? I have. Mic drop.

Another person thinks that I’m a serial killer. Kylie started this conspiracy which is gaining steam. I’ll say once again that I am not Steve Avery.

When you get a letter from Ron Swanson you open it post haste! pic.twitter.com/LYiacpnpOF

The handwriting did have me concerned…

Writing from inside a coffin. I was murdered by a psychokiller. #trustnoone #dontopendeadinside

Give Laura H. a follow. She’s an ELGL member in Nashville, TN.

Speaking of conspiracies, how ’bout Ted Cruz blasting Grayson Allen will some Twitter burn. Ted Cruz wins Twitter feud with hysterical Grayson Allen joke tweet. If Dook and Ted Cruz played a game, I’m not sure who I would root for, but in this case, mad props to Mr. Cruz.

Turn the music up, let’s do it…

Thanks to ELGL honorary member J-Lo for getting us pumped and loud for the SGR Conference in Grapevine, TX. For some reason, this song is firmed lodged in my headed.

We’ll make plenty of noise to show the ELGL crew at the Missouri City Management Association Winter Workshop that even local government conferences are bigger and better in Texas.

It’s Just Me Myself and I…

Sorry, I clearly just wanted an opportunity to blast one of my favorite songs.

Let Us Break Bread Together…

Whether or not, you’re at the conference you can attend the ELGL Supper Club on Thursday night. Registration is required. Wet wipes provided on site.

The private room can accommodate up to 30 people. ELGL would pay for appetizers and a round of drinks. Please bring cash to pay for the rest of your meal.

These Are My Confessions…

(Don’t tell anyone else) I am super pumped/jazzed/excited that the Cowboys lost in the playoffs. I can’t imagine spending time in Dallas leading up to a Super Bowl involving the Cowboys. I would rather swim in the kiddy pool after a long day of kids doing you know what.

P.S: I am not joking. The conference is at Great Wolf Lodge and has been in the past. It’s a great location and rather empty during the weekdays.

To the SGR Conference planning team. The agenda strays away from the normal government topics – millennials, generational differences, aging workforce, etc. Instead, I’ll be listening to:

I will ask each presenter the tough question – “are the #Mwords actually people?”

If you are a die hard follower of this award-winning post, check out recaps from our previous trips to the SGR Conference.

ELGL on the Road: Preparing For the SGR Conference