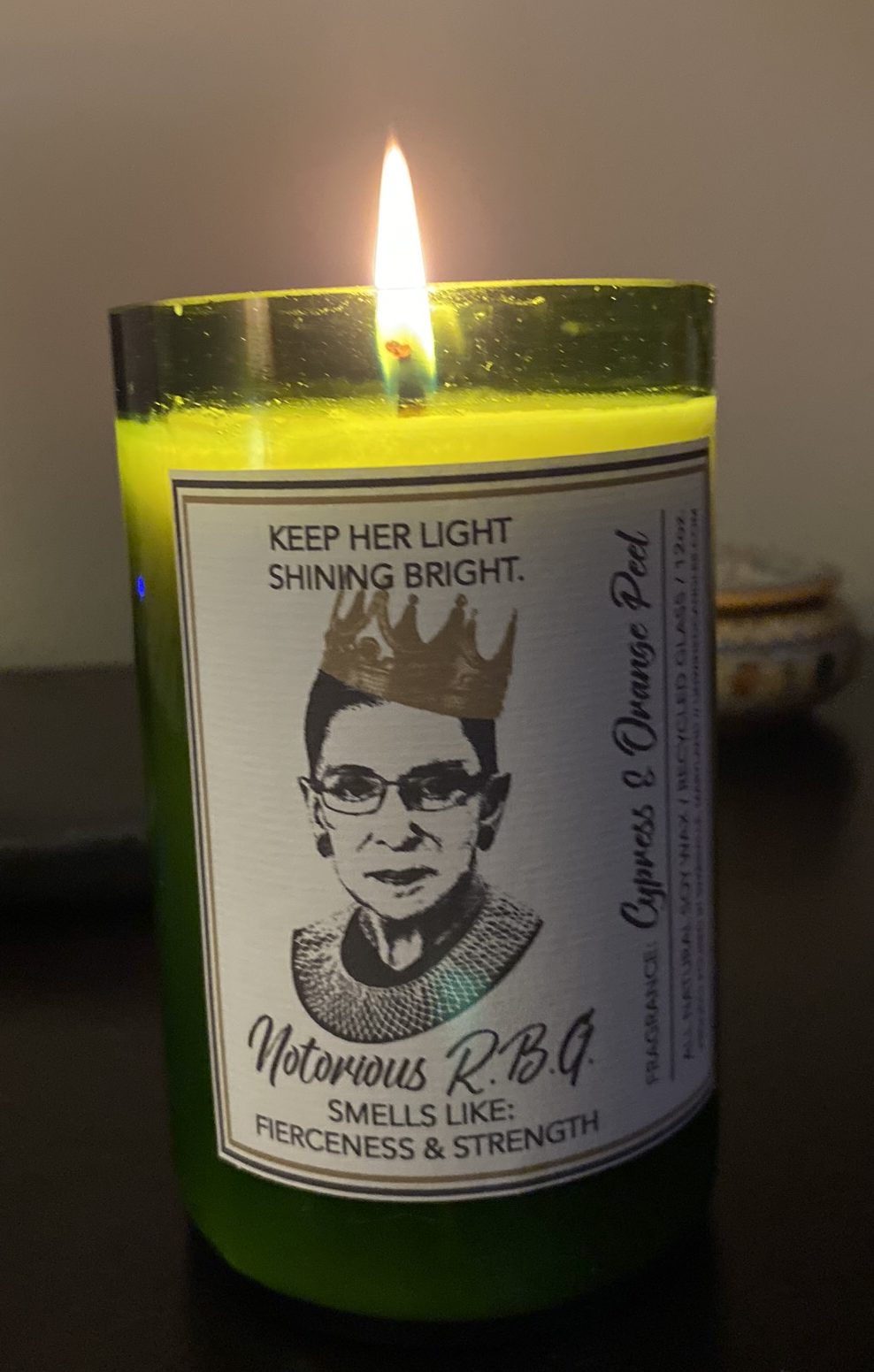 Today’s #MorningBuzz is by Ann Marie Townshend, City Manager of Lewes, Delaware – “The First Town in the First State”. Connect on LinkedIn and Twitter.

What I’m Doing:  Thanks to Nick Smith, I am learning Spanish

What I’m Listening To:  My Own Words by Ruth Bader Ginsburg with Mary Hartnett and Wendy W. Williams

What I’m Watching: The Boys on Amazon Prime Video

Almost two weeks ago, Ruth Bader Ginsburg succumbed to her battle with pancreatic cancer. In recent years, the “Notorious RBG” had become a household name. Many of us have mourned the tremendous loss and worried about what her passing means for the future of our nation. No doubt that Ruth Bader Ginsburg’s passing has left a gaping hole in our legal landscape, but it also allows us to honor her life and her legacy and commit to carrying forward the work to which she dedicated her life.

As a woman who came of age in the 1980s, I can honestly say that I did not truly appreciate the advancements made by Ruth Bader Ginsburg, Gloria Steinem, and others who were part of the women’s movement of the 1970s. I took it for granted that if I worked hard, I could be whatever, whoever I wanted. I distanced myself from the term “feminist.” I took it all for granted. I know better now, and I think it is important that we make sure that current and future generations of young people understand and appreciate the struggle for equal rights.

Think of it, before the 1970s and Ruth Bader Ginsburg’s arguments before the Supreme Court, the 14th amendment’s guarantee of equal protection under the law did not apply to gender. This hurt men and women, and through the cases she argued before the court, RBG demonstrated this. Now it is easy to take for granted that gender is protected under the 14th Amendment, and for that we can thank Ruth Bader Ginsburg . So, as we take a moment to appreciate the advancements to gender equality championed by Ruth Bader Ginsburg, what else can we, as local government public servants, learn from her?

1. It is ok, even admirable, to be friends with someone with whom you passionately disagree. Ruth Bader Ginsburg and Antonin Scalia were dear friends. Each staunchly disagreed with the other and could not imagine how the other could hold the beliefs that he or she did, yet they maintained a strong respect for each other and an equally strong friendship. As our communities are increasingly divided, and we often struggle to understand those on the “other side”, reflecting on the kinship of these two diametrically opposed arbitrators of U.S. law should remind us that that friends and family can disagree and still share a strong affection and admiration for each other.

2. Young Ruth Bader’s mother raised her to 1) be a lady and 2) be independent. These principles shaped Ruth Bader Ginsburg, who has said that to be a lady meant not to act in anger. As she opened doors that many of us, women and men, pass through year after year, Ginsburg made impassioned arguments while maintaining the high road. In our work with local governments, we may passionately disagree with other staff, elected officials, and the constituents we serve. We can look to Ginsburg as an example of maintaining a level head and treating others with respect as we adhere to our personal and professional ethics.

3. Don’t judge a book by its cover. I am sure that we have all seen the “Fragile… like a bomb” memes describing Ruth Bader Ginsburg . Ginsburg was small in stature but a fierce opponent. As a litigator and then as a Supreme Court Justice, she was a force to be reckoned with. She sold gender equality by representing men who were short-changed by the law supporting traditional gender roles. This turned sexism on its head and opened the doors in ways that benefited both genders. In her role as justice, she was famous for her dissenting opinions, speaking truth to power, even if we weren’t ready to hear it. Whether we are talking about racism, sexism, homophobia, or some other stereotype, we can look at RBG and realize that there is more in a person than meets the eye.

4. “Fight for the things you care about, but do it in a way that will lead others go join you.” This emphasizes that the how is as important as the what. Ruth Bader Ginsburg lived this, which is why her passing has us all floundering. She was a true leader. She was principled and took on fights that nobody before her took on. After graduating at the top of her class from Columbia Law School, she could not get a job as an attorney simply because she was a woman. She went on to be a law professor, litigator, judge, and justice. Her path fooled all of the people who thought they could keep her down because of her gender. Just a thought, when you hit a brick wall, maybe instead of trying to ram through it, you find a way around. This took her more work, but in the process, she was able to remove the brick walls from our paths.

And while we think of the struggle for women’s rights as our struggle to break the glass ceiling, this truly means so much more. With the arguments Ruth Bader Ginsburg made as a litigator, she broke down the laws as they relate to gender roles. There are laws, and there are mindsets, but with the legal blocks addressed, minds can change as well. 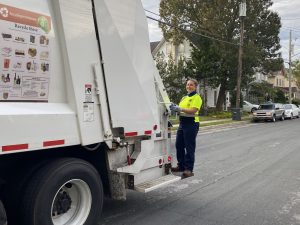 laughed a little when I started in my current position, and if a woman applied for a seasonal trash collector position, the supervisor would say, “well she is a female.” I would reply that it is ok to hire a woman for trash collection, and maybe even lecture a little on our legal obligation to not let gender be a factor. I could feel his relief when he would call the candidate, and she would withdraw her application because she didn’t realize that the job required riding the back of the trash truck and throwing trash. Recently, a woman from another department applied for a supervisor position in the Maintenance Department. In the interview, we told her this could involve riding the back of a trash truck, and she was up for the gig. She also knew that the all male department may be skeptical of a female supervisor. Fast forward six months, and she is a successful supervisor in a department where I am sure it is hard to be the only female. She has her CDL permit (needs to pass the driving test which is delayed because of COVID), and has no problem hopping on the back of the truck and throwing trash if that is what the day requires.

As we think about gender equality, we often think about senior management. My hat is off to my colleague, Alison, who dared to make the move from Parks and Recreation to Maintenance. Because of Ruth Bader Ginsburg and her challenging our perceptions of gender roles, we have options. We can choose our own paths and love who our hearts choose. Her work is not done. It is for us to pick up the torch and work for justice within our own communities.