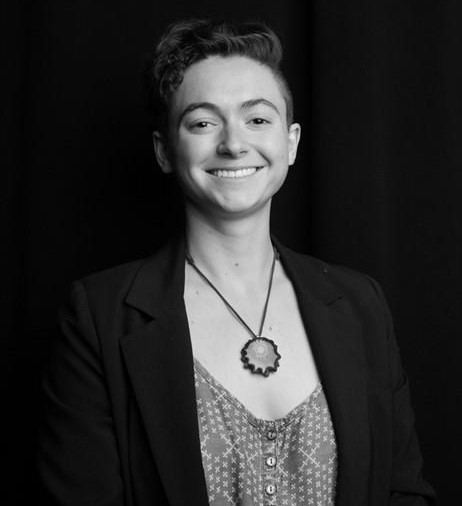 ELGL is the proud host of CivicPride content. The mission of CivicPRIDE is to advance inclusive local government by empowering LGBTQIA+ leadership.It is a national association for local government professionals of all gender and sexual identities.

Creating inclusivity in society can be a complex task, and one way to overcome this is to enable conversations about people’s gender pronouns. With this piece, we hope to create a conversation about using pronouns that define someone’s identity. Gender pronouns are words an individual would like others to use when talking to or about them. Everyone deserves the respect of being referred to in a way that aligns with how they see themselves. We realize mistakes will be made, and that’s okay! Just make sure you immediately recognize and acknowledge that you used the wrong pronouns. Before we move ahead any further, a conversational disclaimer about this piece. These conversations can be hard, and they are worth having. Our platform promotes radical discussion underlined with tolerance and humility. 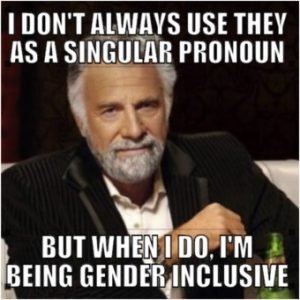 Identity is central to the human experience, it’s also kind of a fickle thing. For many self-definition is hard to find and can be challenging to protect. Gender is one of the building blocks of identity, and there are a ton of options for this, the most common being male and female. However, a lot of people don’t know about less common gender types like transgender, nonbinary, asexual, genderfluid, or queer. Some folks are not comfortable with asking either, but it’s important to ask because it can mean different things for different people. And herein lies the central message of this piece: the power of asking. Knowing when to, when not to, how to, and how to be considerate to the vulnerability that comes with that. The bad news is that there is no definitive answer, as navigating social spheres varies by sphere itself. However, I do have some suggestions which might open up your conversation and allow for greater authenticity:

The LGBTQIA+ community contains many humans who don’t identify with their sexual assignment at birth. These people fall under the transgender umbrella, and there are countless flavors of trans identities. The Human Rights Campaign has a Glossary that covers many of the different gender types. In addition to gender types, pronouns like she/her, he/him, they/them, and ze/zir add another layer to identity. Some people are really upfront about communicating their pronouns, and that should be celebrated. Still many struggle with the confidence required to be straightforward in this way, or they worry about the social consequences of exposure. It’s never polite to assume a person’s gender identity, regardless of how seemingly male or female they are. I have met people before who are seemingly female performing, but prefer he/him pronouns, and vice versa. When in doubt always default to they/them pronouns.

The simple answer is to always ask.

Of course, we don’t have the luxury of living in a simple world, so asking may not always be appropriate. Asking the barista that you’ve recently gotten chummy with? Heck ya! Asking the boss on the first day of a new job? Probably not a good move. I have a bad habit of only asking people who seem like they might be noncomforming – people with unique hairstyles, snazzy Doc Martens, fanny packs across the chest, anyone with a Tumbler – you know the type. However, this not trustworthy guesswork, heuristics can only get you so far.

Many people outside the LGBTQIA+ community don’t know what it means when you ask them their pronouns. Some people can be put off by this question, confused or troubled by their unawareness of the custom. So, if I want to be considerate and polite to peoples’ identities, then technically I should be asking everyone their pronouns. This begs the question of how to be considerate to people who are unaware of this politeness practice. The trick is knowing how to ask.

Enter the discussion space in a way that is approachable, and this suggestion has a whole host of applications. I try to not be confrontational with people if they say something wrong or offensive, because a lot of the time people are just unaware. Be mindful of this when correcting someone on their use of pronouns, because people forget and may accidentally misgender- but that’s okay! Being sensitive to pronouns is a difficult habit to learn and it takes practice.

Don’t ask across the table during a meeting, pull the person aside afterward and ask offline. “Do you have a preferred pronoun that I can use for you?” This is described as a ‘call in culture’. Be prepared to explain what this is if the person responds with a quizzical look. Calling people in instead of calling them out lowers the probability of a defensive response and can increase their reception to the discussion. All the good intentions in the world will not protect you from everyone though, because apathetic people exist. I dream of the day when these aren’t sensitive matters and this nuanced etiquette becomes the status quo, but it’s going to take work to get there.

It’s also not enough to ask once. Whether it be a desire to experiment or a change of heart, people can change and they are 100% allowed to. A person’s ability to sanction their freedom of expression and undertake a journey of self-discovery can be quite a struggle. I have friends that change their pronouns once every few years, so I make a habit of checking in with them periodically. “Hey, are you still using he/him, or are we feeling otherwise?” It’s not hard, and your trans friends will think the world of you for being considerate and accepting.

I’ve never felt particularly girly, despite my mother’s desperate attempts to outfit me in pink dresses throughout my childhood. If anything, I lean into more boyish performances. I suspect this is an over-correction for being raised female for most of my life. I am a nonbinary person and I use she/her pronouns. For me this means that I don’t ascribe to traditional ideas of gender and expression and I reject the social construction of assigned gender roles. A lot of folks don’t know that I’m nonbinary, people rarely ask. Finding my identity and getting to know myself has been the most difficult and rewarding experience I’ve ever had and I continue to do it every day, so I reserve the right to change my mind. Nevertheless, I’m always happy to talk about it, so please don’t be afraid to ask.

From Colorado Springs to Laramie: Lessons for Our Profession from My Journey with Gay Rights