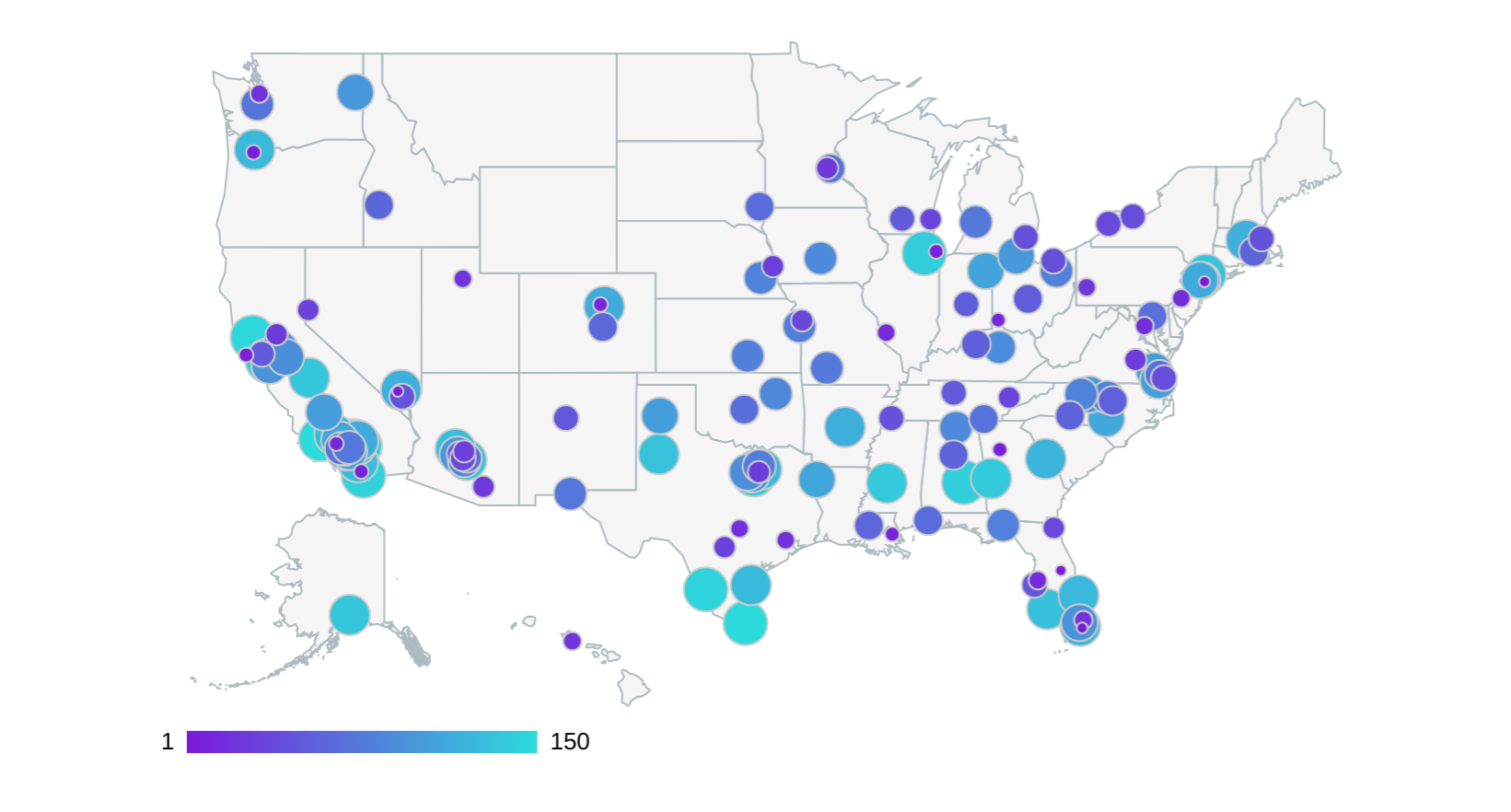 WalletHub's ranking of fun cities in the US

I’m always getting emails from companies about how San Rafael made some weird, cheesy list. In today’s Morning Buzz I’m going to breakdown WalletHub’s latest research on “fun” cities.
First, their methodology. They were looking for fun, but cost-effective. They looked at America’s 150 largest cities and ranked them based on 58 metrics, such as parkland, festivals, playgrounds, restaurants, public swimming pools, hiking trails, legality of public drinking, fitness centers (NOT FUN) and breweries.

Their Top 10 (plus my snarky commentary)

Detroit, home of #ELGL17, ranks number 43 on the list. Durham makes the list at number 84. And even the town where I grew up, Santa Rosa, squeaks in at number 147. Way to go, SaRo (that still hasn’t caught on).
Check out the full list and take a look at how you think your city might measure up based on their methodology.