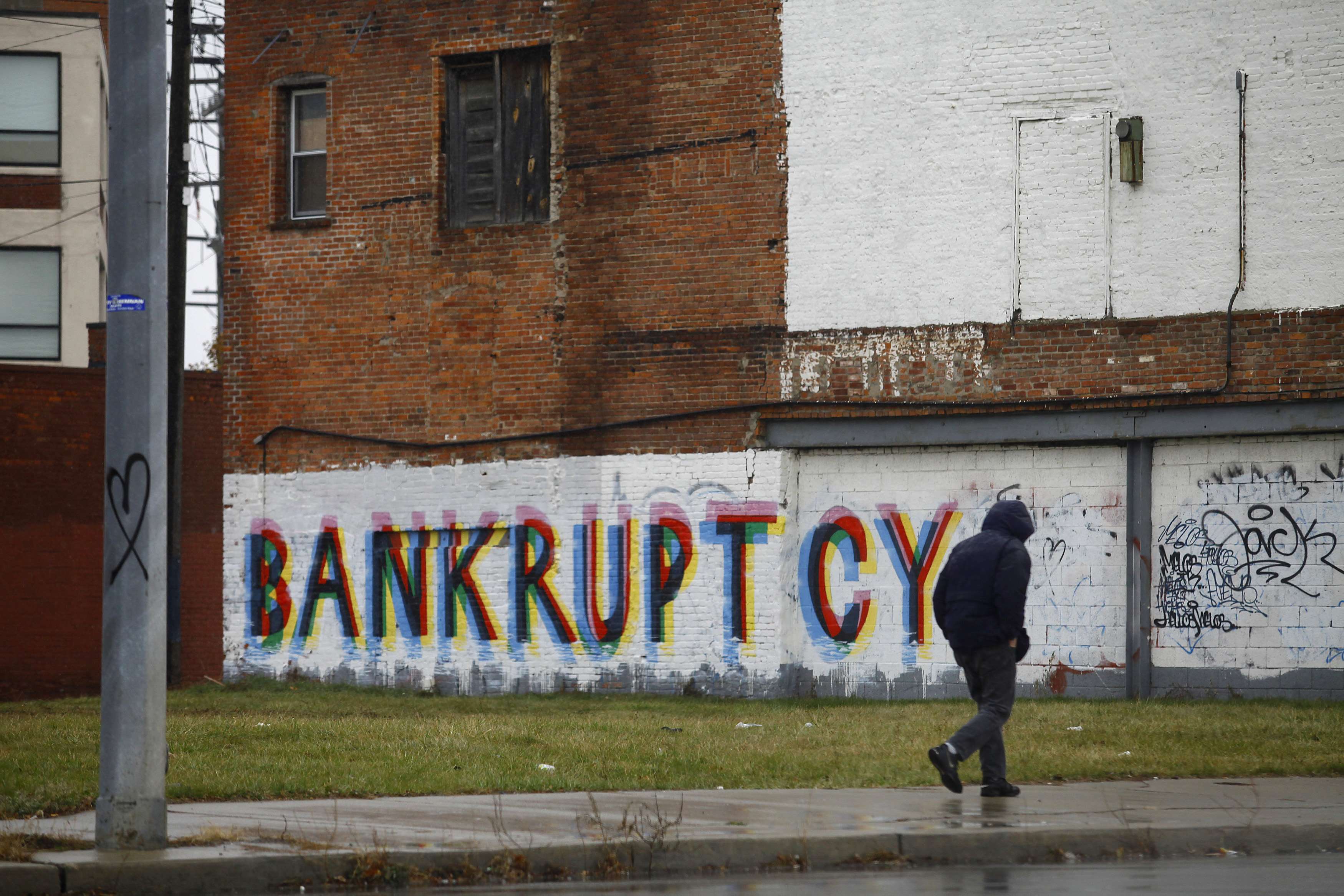 A man walk past graffiti in Detroit, Michigan, December 3, 2013. Detroit is eligible for the biggest municipal bankruptcy in U.S. history because the city is broke and negotiations with its thousands of creditors were unfeasible, a federal judge said on Tuesday in a wide-ranging ruling that also said the city could cut retiree pensions. REUTERS/Joshua Lott (UNITED STATES - Tags: CITYSCAPE BUSINESS)