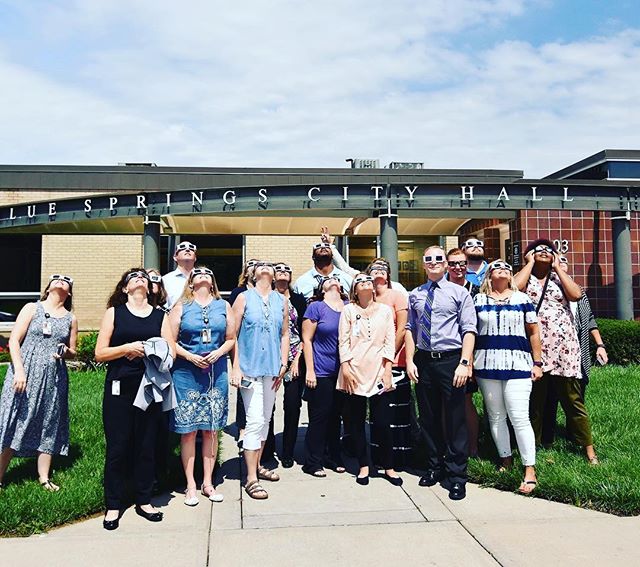 And the Nominees Are….

We tried to hit several categories:

Created a custom snapchat filter used in our selfie. As a city of just 60 employees, we had a large majority participate and got it all with one selfie stick!

Bridget Koz and Carol the Barrel

Thanks to Bang the Table for supporting #CityHallSelfie Day.

August 15 to 17: Our superdelegates (i.e: our award-winning members) submit up to five nominations.

August 18: The ten finalists are announced.

August 21 to 23: Our superdelegates (i.e: our award-winning members) will cast a vote for their favorite #CityHallSelfie from August 21 to 23. One vote per member.

If you join ELGL by August 15, you become a superdelegate and eligible to vote. Membership is $15 for students, $30 for individuals, and $300 for organizations. Join today to receive your free #CityHallSelfie sticker.