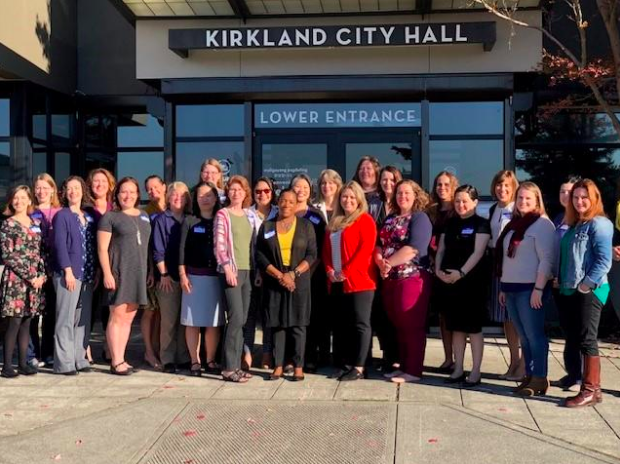 On September 28, 2018, the Washington City/County Management Association (WCMA) kicked-off the NW Women’s Leadership Academy. With approximately one in five women in the top executive role, it is a priority of WCMA to prepare and promote more women into leadership roles in local government. Other objectives for the Academy include:

“WCMA is committed to seeing more women compete and be placed in top level executive positions,”

said Cindy Reents, City Manager of City of Richland, and President of WCMA. “We’re so excited to see an overwhelming response to our first Academy.”

The Academy takes place over 10 months and includes six full days – one full day held every other month, with the following focus areas:

The classes are being taught by academics, professional trainers, as well as local government practitioners and are held at various municipal and community college settings around the Puget Sound region, which aids in keeping the registration fee within reach for most attendees.  To further remove financial barriers, scholarships are available and several WCMA members have offered their home to visiting participants coming from long distances.

The first cohort – the Class of 2019 – includes 32 women from a diversity of agencies, across the state, and at various levels and disciplines of the public sector. The participants include: