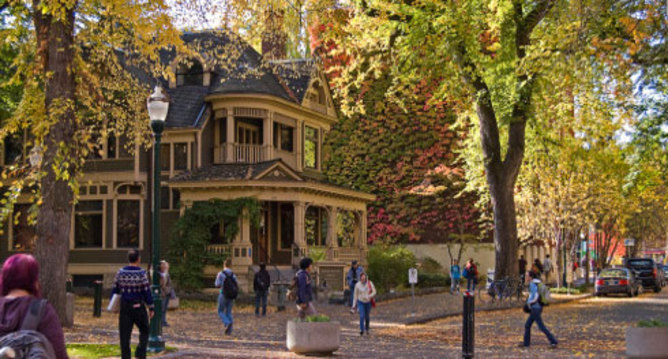 Back at it again! Dr. Steve Gavazzi, who gave a webinar last year on the complicated relationships between universities and the towns they’re in, is back to help practitioners navigate the complicated marriages between colleges and communities. RSVP here: town-gown-marriage.eventbrite.com

The 10 Commandments of Town-Gown Relationships

Have you ever wondered if there is a secret recipe that helps campuses and communities get along well together? Dr. Steve Gavazzi, Dean and Director of The Ohio State University at Mansfield campus and a Professor in the College of Education and Human Ecology at Ohio State’s Columbus campus, recently published a book entitled “The Optimal Town-Gown Marriage: Taking Campus-Community Outreach and Engagement to the Next Level.” This book contains the “10 Commandments of Town-Gown Relationships,” which were created from interviews conducted with city managers and university presidents on the subject of how leaders of municipalities and campuses impact the quality of town-gown interaction.

To discuss the application of these “10 Commandments” to everyday life on campuses and in communities, Dr. Gavazzi will be joined by David Lossing, who is the Director of Government Relations for the University of Michigan-Flint. Mr. Lossing is a past president of the Michigan Municipal League, the current Mayor of Linden, Michigan, and perhaps most importantly is the current president of the International Town and Gown Association.

Join us Friday, March 25 at 1:00 pm ET for this great learning opportunity! RSVP by going to: town-gown-marriage.eventbrite.com.

Dr. Stephen Gavazzi is Dean and Director of The Ohio State University at Mansfield. For the past five years in this position, Dean Gavazzi has been working to expand and modernize the student experience on the Mansfield campus. He has been working to enhance the connections between Ohio State Mansfield and the communities that surround this regional campus. Recent examples include the development of a paid internship program for students in local businesses and industry (in partnership with North Central State College, OSU Mansfield’s co-located technical college partner), the advancement of a family engagement initiative in partnership with local school districts that provides support to first generation students and their families, and the facilitation of an off-campus student housing initiative in partnership with University Housing Solutions.

David Lossing serves as Director of the Office of Government Relations at the University of Michigan at Flint. He began his tenure in October 2006 after having served as Associate Director, Office of State Outreach, within the Vice President of Government Relations on the University of Michigan-Ann Arbor campus. Lossing also serves as the Mayor of the City of Linden, an elected non-partisan position, which he has held for the past twelve years.  During his tenure, he has focused on regional land use planning, the establishment of the Shiawassee River Heritage Water Trail, and regional economic development.  From October 2012 thru September 2013, he served as the president of the Michigan Municipal League, a statewide advocacy organization that represents nearly 554 cities and villages in the State.

Join us Friday, March 25 at 1:00 pm ET for this great learning opportunity! RSVP by going to: town-gown-marriage.eventbrite.com.