City Administrator Shawn Bell (LinkedIn and Twitter) has worked with the City of Lake City since November of 2014. A graduate of the University of Missouri, Shawn has worked with the city of Abbeville as assistant city manager, and has enjoyed great acclaim in his burgeoning career. As the City Administrator, he manages City projects, ensures the safety of the community, and oversees daily operations of the City employees, organizations, and boards.

My friend Ashley Jacobs recommended me joining. Also, I recognized several colleagues on the site such as Ben DeClue and Sam Anselm.

The dad chapters of What to Expect When You’re Expecting. My wife and I had our first child in August 2015… a beautiful baby girl. 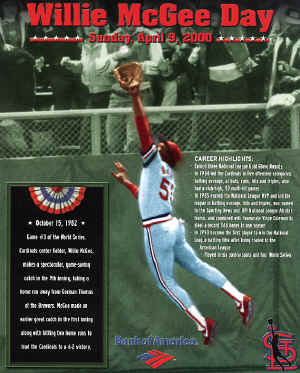 A Willie McGee circa St. Louis Cardinals 1985 powder blue road uniform (he was the 1985 NL MVP and yes I realize that was a year before I was even born). He has been my all-time favorite Cardinal since I was a little kid. I even named my basset hound Willie.

In addition, I’m a recovering political operative. In a life prior to City Management and adhering to ICMA’s Code of Ethics, I worked as a legislative staffer, a political consultant, a campaign manager, and even in government relations in Washington DC.

Agree. Compared to state and federal government, I think local government is quite a bit more innovative. Look at the recent trend towards performance management and analytics; I don’t think that is taking the federal government by storm. The data that some cities are now tracking and with the help of ICMA Insights, I mean that is sabermetric, Moneyball type stuff.

Complicated. ICMA’s Code of Ethics with Guidelines says a short tenure should be the exception rather than a recurring experience.

I was an Assistant for a small city in South Carolina for about a year and a half. I wasn’t really looking to go anywhere, but all of a sudden, I started being recruited by cities in South Carolina looking for a City Administrator/City Manager. In the end, I had to do what was best for my career and my family. My boss at the time was sad to see me go, but also proud that I became wanted around the state.

Disagree. It’s a good show, but not the best ever. That title belongs to Seinfeld, hands-down. I also currently enjoy House of Cards, Better Call Saul, and The Walking Dead.

Disagree. Historically, I think this is what has given local government such a bad reputation. However, in the 13+ months that I’ve been in my position, I have not been shy about promoting good employees and demoting/terminating bad employees regardless of tenure. In my opinion, this is one of the first steps in changing the culture of an organization.

For the record, I’m a huge St. Louis Rams fan and I absolutely believe there is an economic benefit to having the Rams in the St. Louis region. I sure hope there is NFL football in St. Louis next season. Build the Riverfront Stadium!