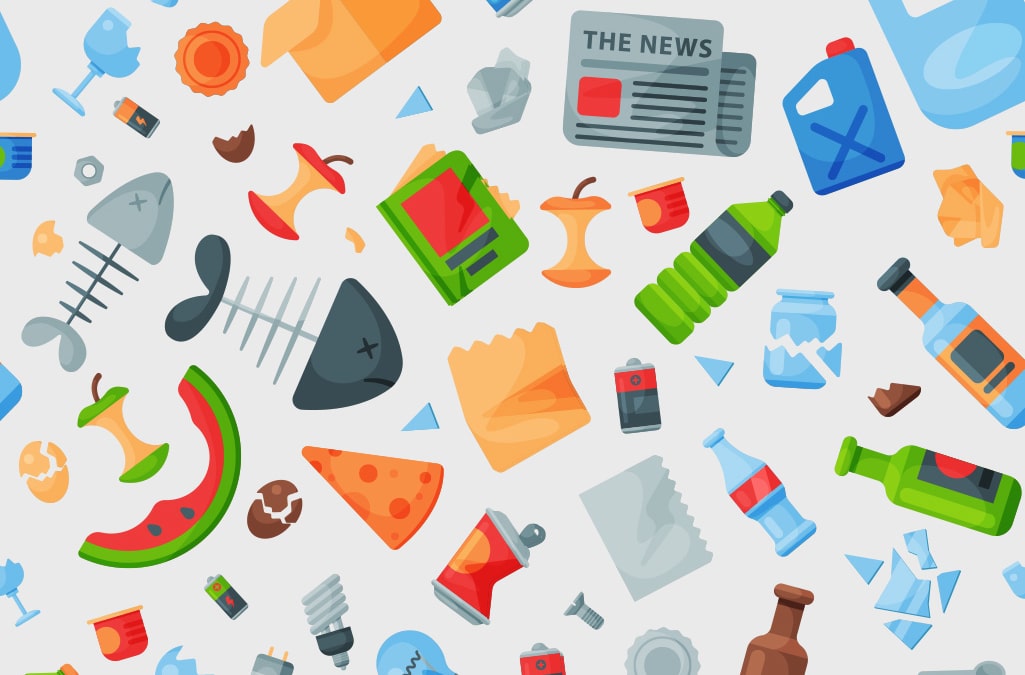 What I’m Listening to – Tear It Down

I have a confession. I am the guilty of “wishcycling”. Since single-stream recycling arrived in the early 2000’s, I’ve had the mentality that if you’re unsure whether it is recyclable or not, toss it in the recycling bin and let the professionals sort it out. I mean right? If you think it’s recyclable, but not positive, it’s always seemed better tossing it in recycling because there was at least a chance it doesn’t end up in a landfill. After reading a few articles lately, it turns out that I am wrong.
“Consumers now equate the placement of materials in their recycling cart with recycling.  From there, it is out-of-sight-out-of-mind and it is up to recyclers to ensure that discarded materials are recycled into new products”. – Nina Butler, More Recycling, Plastics Recycling Update, February 2018
Recycling contamination has become a pressing issue. China’s new import policies to reduce trash in recyclables will soon have a big effect in the United State as our recycling habits are considered unhealthy. We will start seeing pressure from “Big Recycling” to start recycling correctly, because soon China won’t accept recycling with any trash mixed in.
“Big Recycling” published one of the articles on this topic. They are making a case to help improve their business; however, their message does make sense even if the numbers are slightly inflated. I learned in the article Wishcycling that “placing non-recyclable materials into the cart leads to additional economic and environmental costs, with no benefits and (ironically) less recycling.” There you have it, folks, we’re killing the environment with poor recycling habits.
In fact, the average contamination rate of recycling collected curbside is 25%. Pretty pathetic on our part, but don’t point your finger at Public Works. Remember, most municipalities collect the garbage and recycling, and Big Recycling does the rest. The issue that I run into is that Big Recycling states “check with your local municipality” if you have a recycling question. Guess what Big Recycling, I field these questions for the local municipality and when I call you for an answer…. nothing. (Sorry, had to rant for a second.)
Anyone who doesn’t want the landfill to grow should research proper recycling methods to make sure they are recycling correctly. I suggest you get started with these two articles – The Dangers of “Wishcycling” and The Battle Against Recycling Contamination is Everyone’s Battle.