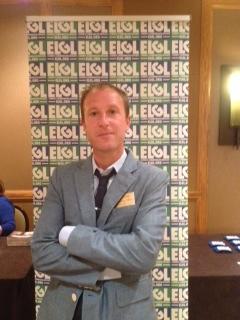 My favorite adventure in life was…. 1999 6-month backpacking tour of Southeast Asia and Australia
What is the most local government thing you have done on vacation? Series of interviews with Detroit community contributors to determine if Detroit was indeed “on the rise”
The most important decision that I’ve made in life was… Becoming self-employed
If I was booking the guests for the GovLove podcast, I would book… Mayor Pete Buttigieg of South Bend, IN
If I couldn’t work in my current position, I would… Be a war correspondent
The book on your bookshelf that you intend to read but haven’t is… The Rise and Fall of the Roman Empire
Blue or black ink? Black
What is your recent personal and professional accomplishment? Personal = completing 2017 taxes / Professional = working with new client City of Kansas City, MO
I’ll know that I made the right choice to attend #ELGL18 if… Coors Brewery tour provides unlimited beer samples.
If I was writing the questions for the feature, I would have asked… When was the last time you shopped at Goodwill (and what did you buy)?