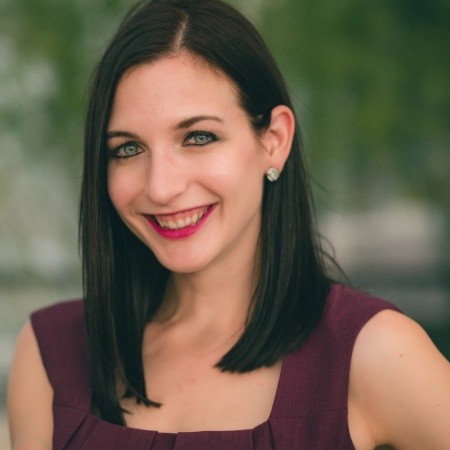 ELGL recently hosted an #ELGLBookClub on “City on the Line.” As part of this effort, author Andrew Kleine gifted five copies of the book to ELGL members so they could read, participate, and share what they’re learning with the ELGL family. This fourth installment is by Jennifer Davies with the City of Las Vegas, Nevada.

When I saw that ELGL was looking for book club contributors, I immediately knew I wanted to check out the latest book. City On The Line was about how to make the budgeting process more user-friendly, more accountable for staff and understandable for the residents that we serve.

While math has never been a strength of mine, being part of the budgeting process has been a staple of my life in local government. Every time I hear our finance team talk about it, I’m in awe at how they know so much about so much.

But realistically, like a lot of things in government, understanding the budget and how it governs what we work on each year shouldn’t require a finance degree.

Someone like me should be able to understand how it’s organized and what it means. Which all led to my interest in how another city went about figuring that out.

City On The Line is based on the ideas that budgets should be centered around what we want to achieve. It’s based on outcomes, which means we shift the conversation from what to cut to what to keep. This might seem like an obvious way to organize budget but it’s actually the complete opposite of how most governments operate when it comes to budgeting.

In reading the book, one of the most interesting parts for me was how Baltimore’s citizen engagement around the budgeting process was organized.

Keeping the public informed about the budget is at the heart of our effort to be transparent but getting them interested in taking part is incredibly challenging.

The budget is overwhelming and confusing for those of us involved in it…let alone residents who have little to no experience with local governments. That’s why outcome budgeting makes so much sense. It’s easier to simply and ask residents: what is the most important to you?

In the book, the author, Andrew Kleine, outlined several of the ways they got public feedback. It resonated with me that he talked about how limiting it was that general budget sessions only allow for city leaders to listen but not engage and that the public can only have 2-3 minutes on the record to talk about their issues and concerns.

The process is not user-friendly and certainly doesn’t come across as transparent.  I especially liked some of the features that they included on their website. One was giving residents $100 and asking them to divvy up how it should be spent. I also liked the idea of taxpayer’s night and the science fair experience that they did.

Residents were given a passport and challenged to go around and learn about issues before deciding what were most important. Andrew Kleine brought up a great point that while the budgeting process gives us a unique opportunity to educate the public on what government does, citizen engagement is always changing and new tools are rolling out.

Our ability to educate and inform must evolve right along with it. We are living in the time of instantaneous polls on Twitter and Instagram. Is there a way to conduct outcome budgeting on there? To simplify the projects that we want to take on as local government but breaking them down in a way that the public can conceptualize and understand?

During the Great Recession, a time of unprecedented budget cuts resulted in extraordinary resident engagement. Today, there is stiff competition for the attention and feedback of our residents.

I have found that when we ask residents what they think in very general terms, it can sometimes be crickets but if you ask them specific questions like do you like this or this? Suddenly, they have opinions. And this lends itself perfectly to outcome budgeting.